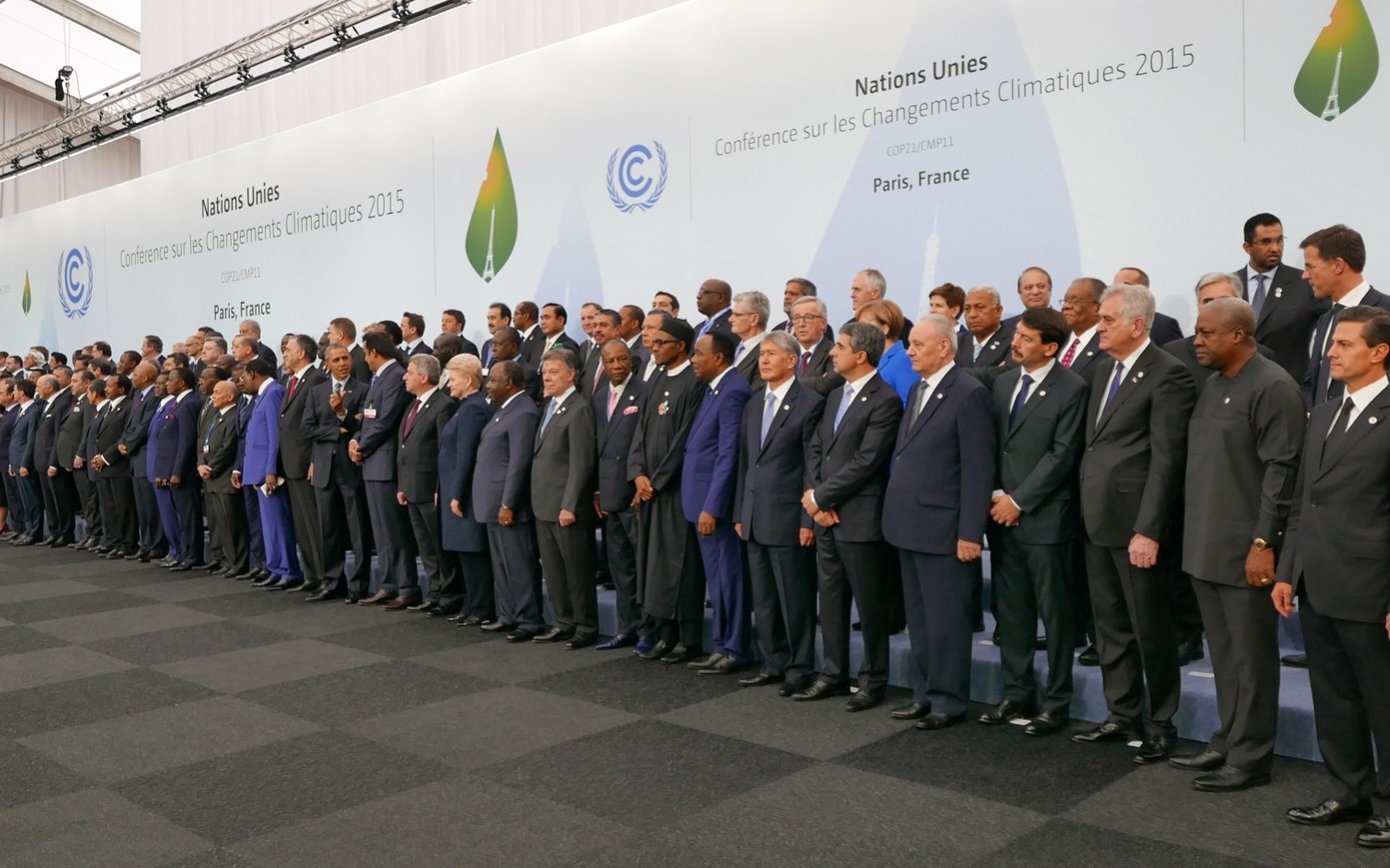 When world leaders came together for climate change in Paris, it signified the recognition of climate change as a major threat in the twenty first century. Climate change has left no country untouched, every country has witnessed the impacts of climate change including melting of ice, heat waves floods, fire and prolonged droughts periods. Climate change is largely a man-made problem caused by fumes and gases emitted by industries depleting the ozone layer. New strategies to combat climate change require heavy industrialized nations to cut emission by 40% and invest on production and harnessing of clean technology such as solar, wind and fuel-efficient machines. In the fight against climate change it is sad when one of the most industrialized nations walk away from the agreement. Doing this means letting thousands of people and animals die of starvation because of prolonged drought conditions. Allowing thousands of people to lose their shelter due to flood and storms. Incapacitating the tourism industry whereby reduction of mountain ice reduces the number of hiking tourists and eventually the economy of the country.

There are those who will not agree with me on the level of emission cutting and development of clean technology with the reason that doing that will harm productions of their industries and eventually their countries’ economy. Looking deep into it one will find that industrial production is made for human beings and animals. When floods or storms sweep their belongings, industrial production becomes meaningless. And for those who depend on agriculture for survival, whenever they experience severe drought conditions the purchasing power of industrial produce will be minimized. In such instances the group of dependent people will increase, and the economy of the country will shrink, especially in developing countries where there are no subsidies for agriculturalists. Developing nations provide a large market of industrial produce for developed countries and whenever purchasing power is dropped because of climate change, so does the economy of the industrialized countries.

Since the impacts of climate change are felt mostly by the poor countries, industrialized nations should not use that as a way of creating a dependent economy by walking away from climate change and combating agreements. Walking away from climate change agreements can be taken as punishing poor countries by letting their people stay in poverty conditions. Every country has a duty to ensure that every struggling economy graduates from one point to next. This will include ensuring fuel efficient and clean technology machines are exported and invented in developing countries.