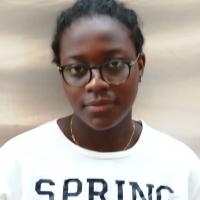 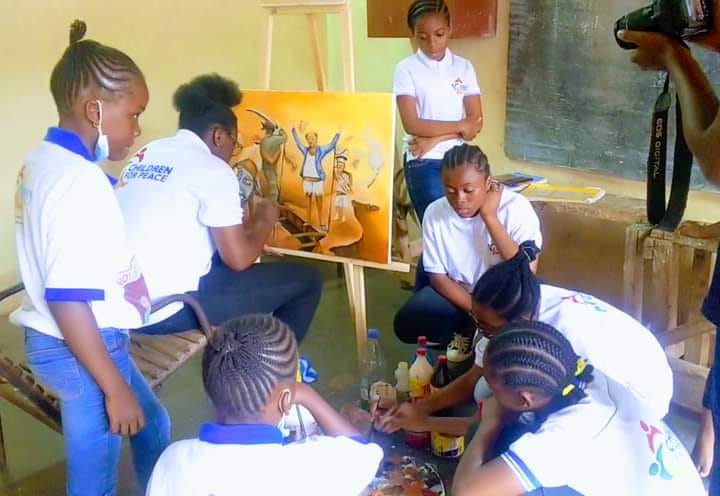 According to the Report of the Secretary-General on children and armed conflict , conflicts in Nigeria, Cameroon and others Lake Chad Basin countries have involved a thousand of children forcibly recruited in violent extremism as combatants, mine testers, messengers and cooks some of them have even been used as human shields or as sex slaves.

In order to tackle the issue of the radicalization and Violent Extremism (VE) in Cameroon and Africa among the children, my organisation Children for Peace and I use various channels: Cartoons, medias, technology.

C4P and fight against radicalization /VE through cartoons

For the purpose to help mitigate the fight against radicalisation especially among children, I and my organization children for Peace have created communities where children are being initiated to art work. I mobilize children/teenagers in/from complex cultural and religious backgrounds and affected areas by war to define and implement actions plans and local and nation-wide activities/projects-based cartoons.

My team and I produce cartoons, comic strips, drawing and painting boards to engage stakeholders during our advocacies, capacity building, and awareness raising activities.

Our cartoons explain the consequences of radicalisation, the stakes and challenges of peacebuilding, the horrors of violent extremism and early/wrought marriage on girls through the stories of ex-child soldiers, boys and girls who were recruited by extremist groups, have experienced/testified abuse to kids’ rights.  We emphasize on the role of youths, parents, governments and community leaders in their patriarchal system towards their secular traditions and the rights of the most vulnerable.

The idea of activities and projects driven cartoons is justified by the concern to address language barriers which are an issue when it comes to spreading peace in Cameroon, central and west Africa that are home to a diverse mix of cultures, languages and dialects. So far C4P has produced and distributed over 10,000 cartoons, drawing and painting using them as meaningful tools.

Cartoon-oriented approach used by me and my organisation is an effective methodology in fighting violent extremism and preventing children enrolment in armed groups. It has been contributing to improve children and community understanding and awareness on countering, preventing and fighting violent extremism (PVCE), the phenomenon of child soldiers, girls’ early marriage and sexual abuses during conflictual and post conflictual periods.

It has contributed to democratizing the public sphere for more political and economic expression of children that are integrating the values of inclusivity and participation while engaging directly with traditional and religious beliefs of those experiencing violent conflict.  Over 5 000 children have been fruitfully directly engaged in peacebuilding and gender equality through local and nation-wide activities via Art for Peace and children peace clubs led by girls and over 50 000 children have been taught.

Cartoon-oriented approach is contributing to increase collaborative work among children, teenagers Muslim and Christian religious, traditional leaders and local authorities who are continually mobilized against identity-based differences trough community activities aiming to build gender sensitive approaches to dealing both with conflict; pandemics and proliferation of small arms and light weapons.  Together they also work for the reintegration of ex child soldiers.

C4P and fight against radicalization /VE through medias

We have created a television program called “Objective 16”, which aims to raise the level of involvement of children and young girls in the peacekeeping process in Cameroon and Africa. This program has facilitated the understanding of the girl child and children on the United Nations resolutions 1325 and 2250.

C4P and fight against radicalization /VE through technology

Children for Peace has been working closely with the African Network of Young Leaders for Peace and Sustainable Development to develop an application called DDR Tech aiming to fight against enrolment of Children in armed groups and contributing to the restoration of security by disarming ex- child soldiers and providing them with viable socio-economic reintegration opportunities in civilian life.

Through this application, we intend to reduce by 25% incidents caused by weapons; increase community confidence; the resettlement by 20% of abandoned communities; the relaunch of informal trade and production activities; increase reintegration of children and youths; revive political activities; reduce by 25% risk of conflicts in sensitive areas. The finalization of the DDR-Tech will be an important step toward our vision. We are opened to all partnerships that may help to overcome our technical and financial difficulties and contributing to the effective implementation of the DDR-Tech. 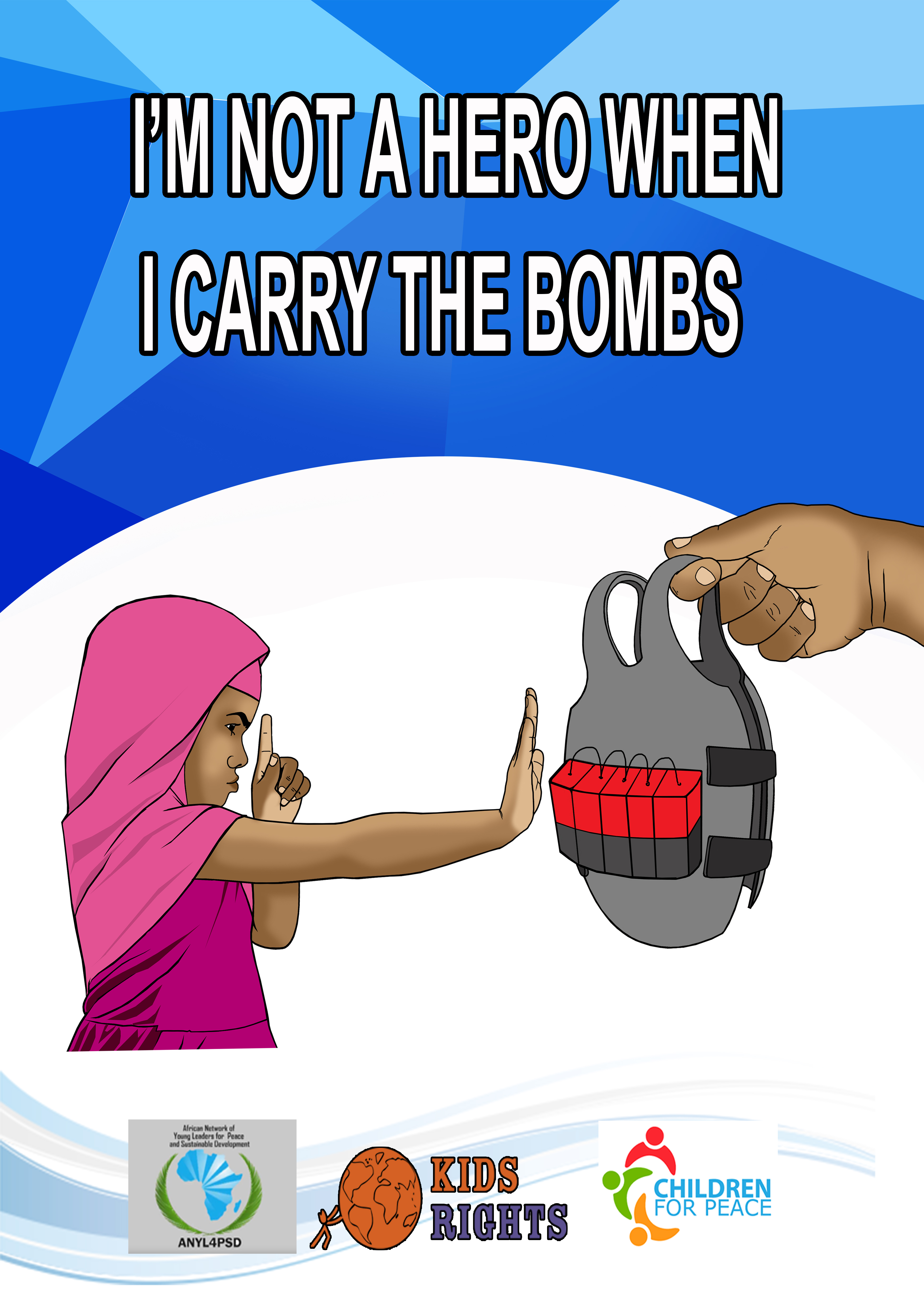 Cartoon, media and technology-oriented approach is an effective methodology in fighting violent extremism and preventing children enrolment in armed groups. The projects and activities-oriented cartoons and comic strips implemented by Children for Peace in the combat against radicalization have:

•           contributed to increase the number of children, youths and girls demobilized, disarmed and reintegrated in their communities;

•           contributed to democratize public sphere for more political and economic expression of children and girls advocating for inter-generational dialogue and fruitfully engaged for the full internalization of UNSCR 2250 and 1325, the UN Conventions on the rights of the Child and Elimination of All Forms of Discrimination against Women;

•           contributed to improve children and community understanding on peacebuilding and PVE challenges;

•           contributed to increase community awareness about the phenomenon of child soldiers, girls’ early marriage and sexual abuses during conflictual and post conflictual periods.

•           permitted us to integrate values of inclusivity and participation while engaging directly with traditional and religious beliefs of those experiencing violent conflict;

•           permitted children to be enrolled in the process of reintegration of ex child soldiers, thereby embodying exceptional leadership towards positive transformation of their community; 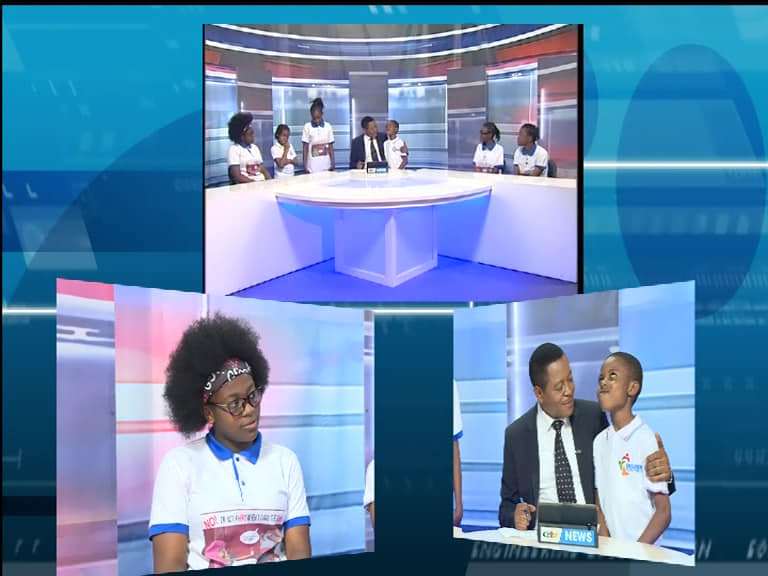