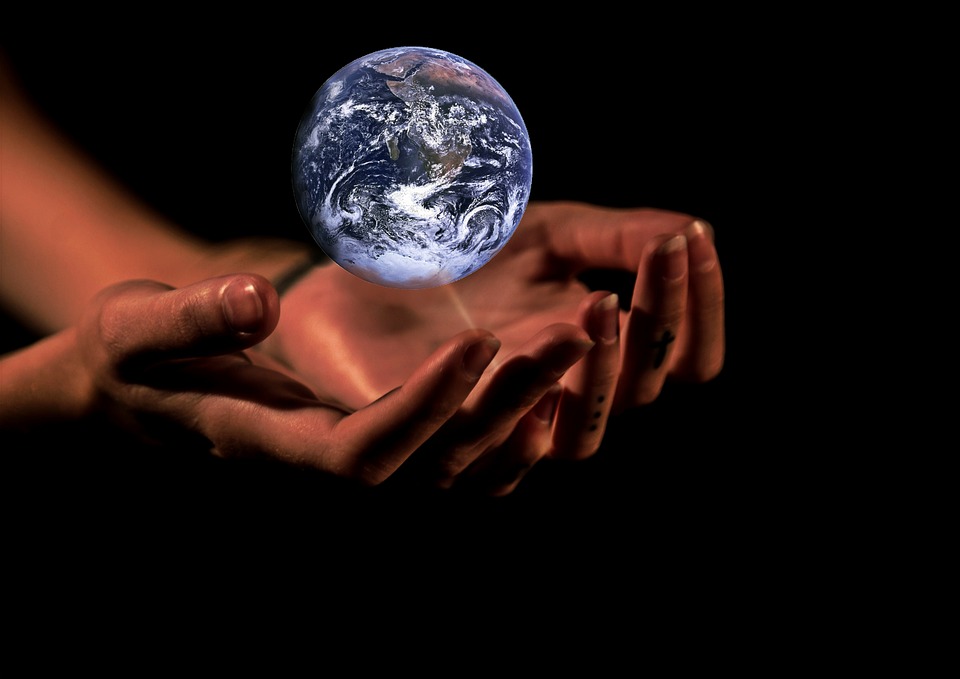 With the two climate strikes that happened in September, important conversations are happening about what needs to be done to improve the planet for future generations. Surrounding the dates of the United Nations Climate Action Summit, strikers across the world demanded climate justice for everyone. The demands included an end to the age of fossil fuels, as well as an energy revolution with climate justice and equity as its driving factor.

The climate strikes — which have involved everyone from school-aged children to senior citizens — show that climate change is no longer an issue that can be swept under the carpet by governments and major corporations. Despite what climate change deniers want us to believe, the changing climate phenomenon can be seen through global scenarios like an unprecedented rise in temperature, increased natural disasters like storms and flooding, major drought in certain areas and more human and animal deaths.

Tangible action is needed to safeguard our planet’s future, and with every passing day, more and more people are demanding it. While many of the changes that need to happen are on corporate and governmental scales, the results of climate change affect every individual's health, and every individual can do things to reduce their personal environmental impact.

How Your Health Might Be Affected by Climate Change

Apart from environmental consequences, climate change has been shown to have a significant impact on human health. For one, the depletion of the ozone layer that acts as Earth’s “protective shield” is linked with increased instances of skin cancers, eye cataracts, and weakened immune systems in individuals.

The effects of climate change are further linked to an increase in vector-borne disease and allergies. Paired with poor air quality from rising emissions, these factors contribute to a slew of respiratory illnesses and other medical conditions. Finally, climate change can also affect our mental health and well-being. While extreme weather events are a trigger for major psychological stress, a new condition termed “eco-anxiety” is on the rise. The American Psychological Association describes eco-anxiety as “a chronic fear of environmental doom," caused by “watching the slow and seemingly irrevocable impacts of climate change unfold, and worrying about the future for oneself, children, and later generations.” Thus, climate change can affect our health in a myriad of ways.

Unfortunately, a major chunk of these climate change-related health effects are felt by marginalized communities and low-income neighborhoods, even in so-called developed countries. Consider a study by Yale University, cited in an article on Red Pepper. The study found that “poor communities and those comprised predominantly of racial minorities experienced substantially higher exposure to air pollution due to increased particulate matter when compared to more affluent, white neighborhoods nearby.”

The case of Flint, Michigan, which has gotten a lot of media attention over the years; is another stark reminder that the effects of environmental degradation are not universally equal. Rather, already-vulnerable communities tend to bear the brunt of climate change, further widening the gap between the rich and poor.

What You Can Do About It

As a concerned individual, there’s a lot you can do to mitigate climate change as well as protect your health from the same:

Even though we don’t think about it, our food habits are intricately connected with the environment. In fact, agriculture and forestry make up 23% of all greenhouse gas emissions. Out of this figure, a significant amount of emissions is the result of rearing livestock.

By reducing the amount of meat and animal products in your diet, you can contribute to minimizing livestock-related emissions. A plant-based diet is not only good for the environment but is also beneficial for heart health. Fruits and vegetables are especially important for your health, and result in the loss of the least amount of energy when it comes to the environment; making them a sustainable dietary option.

There are a lot of myths about water conservation in circulation. For instance, many believe that the demand for water is not increasing. In reality, global water demand has tripled in the last 50 years, and is steadily on the rise. Many communities around the world live in a constant state of water scarcity, not least because of the lack of regulations on how corporations can use water rights.

Your individual usage of water can help on a local scale and indirectly contribute to reducing water scarcity everywhere. Water-saving best practices include reducing your shower time, switching to a low-flow showerhead and turning off your taps while brushing or shaving. These seemingly small steps can actually conserve water in big ways. Responsible water usage is an important first step to getting community municipalities to address larger systemic issues.

The sources we use for powering and lighting our homes offer various opportunities for increasing sustainability. First, you can reduce your own energy consumption by switching off lights when you leave a room and keeping appliances powered off until use. If possible, consider investing in solar panels to use the sun to power your house. Sunlight is a source of renewable energy, and harnessing it appropriately is key to revolutionizing our energy consumption.

You could also switch to LED lighting, which is far more efficient than incandescent light bulbs. Even though LEDs have been around for a while, there are many myths surrounding these devices. Some people believe that LEDs contain hazardous substances, or that they shine with a very bright light. On the contrary, LEDs can be set to specific color temperatures, are completely safe, and even have a much longer lifespan than incandescent bulbs. Overall, LEDs are a great lighting alternative.

When individuals come together and demand change, governments and corporations are more likely to respond favorably. Joining a movement for climate justice is a wonderful way to stand up for what you believe in, and ensure that your voice is heard.

Today, movements like Fridays for Future, Extinction Rebellion and 350.org have gained support on both local and global scales. Smaller grassroots community organizations also exist, where you can get involved with climate change mitigation actions in a hands-on sort of way. The power of the collective is immense, and uniting for a   is one of the best ways to put pressure on policymakers to rapidly implement change.

It is never too late to take action against climate injustice. As you can see, there are many things you can do to reduce the impact of climate change on your own life, as well as build systems to help vulnerable populations. Take action now and remember that even the smallest steps can make a big difference. 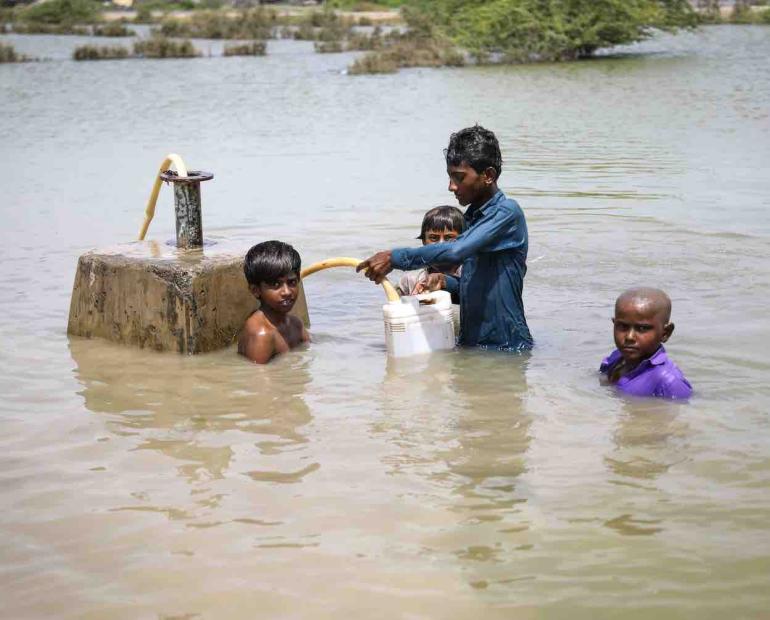 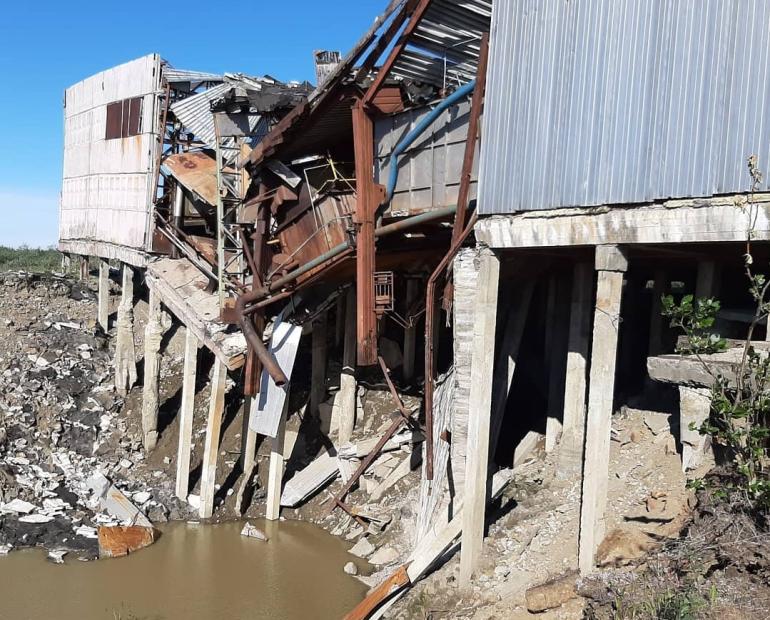