Is 'Eleanor and Park' Actually Problematic? 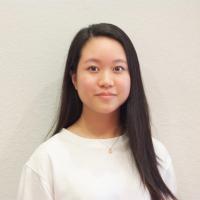 Growing up Asian American meant that I didn’t read many books with Asian characters. Even if there were Asian characters, they were usually one-dimensional, holding passive side roles and content to lug around huge bookbags to study or to provide comic relief in the form of squinted eyes and tiger mothers. So when I picked up Eleanor and Park in the seventh grade, mostly because my favorite author at the time, John Green, had left a glowing review, I was startled to see a dark-haired boy on the front cover: Park, a half-Korean boy and one of the novel’s two protagonists.

The premise of Eleanor and Park is simple: two star-crossed misfits, ordinarily worlds apart, meet on a school bus in Omaha in 1986 and fall in love through a trail of comic books and ’80s cassette tapes. I was captivated from the first page, and I remember finishing the book in the span of a few hours and thinking, in a sort of dizzy book hangover, that if I were to rank every book I’d ever read, Eleanor and Park would slide smoothly and confidently into one of the top ten slots. There was something about Rainbow Rowell’s writing and her simple, flowy prose that sucked me in and refused to let go — it felt real and meaningful.

What bewitched me was the fact that Eleanor and Park wasn’t a watered-down version of a love story like so many young-adult romances are. Eleanor and Park were both viscously humanized, from Eleanor’s complicated swirl of feelings about her turbulent home life and her stepfather, Richie, to Park’s internalized racism and his struggle with his half-Asian identity in an aggressively white town where he didn’t entirely fit in. When Park smudged eyeliner over his eyes after trying — and failing — to fit his ideals of masculinity, I felt his resistance. When Eleanor’s clothes were flushed down the gym toilet by her school bullies, I felt her humiliation. Everything — from Richie’s unpredictable rage, the schoolkids’ casual racism, Park’s eyes disappearing when he smiled, Eleanor’s beloved grapefruit box — made the story authentic in a way that was almost violent.

It wasn’t until my freshman year of high school that I found out that my favorite book was problematic. When I named Eleanor and Park as my number one young-adult coming-of-age story, my friend told me, “Haven’t you heard? Eleanor and Park is canceled.” Evidently, Rowell had fetishized East Asians, Eleanor’s internal monologue was offensive, and Park and his mother were walking stereotypes. The movie adaptation, which is in the works right now, was also criticized for having a Japanese director despite the Korean characters. The overwhelming consensus? Eleanor and Park was a racist book.

But in my eyes, it wasn’t so much racism as it was reality. Yes, Park’s mother is small and slender, wears delicate makeup, and married an American veteran she met during the Korean War, but she’s far from a shrinking violet who relies on the men of her family. She’s strong, she’s a successful beautician, and she helps Park get his driver’s license. She’s as much a living, breathing part of the story as Park’s white father is. Yes, the name “Park” is a Korean last name (see: Cho Chang), but Rowell explained that she used her family’s tradition of using the mom’s maiden name as the kid’s first or middle name. And yes, Park is filled with self-loathing about his Korean roots, wondering why he doesn’t look as white as his younger brother, Josh, or why others don’t seem to find Asian men attractive, but he lived in the midwestern United States in a time when most people were white and racist — how could he not have those feelings?

I’ll be the first to admit that Eleanor and Park is far from perfect. For one, I don’t agree with Rowell’s portrayal of her Black characters, Beebi and DeNice, and I also don’t think it was realistic for Park to have green eyes, among other thing. That being said, it’s hard to write about race, and it’s even harder to write about Nebraska in the 80s without mentioning racism. Could the racial conversations be handled better? Yes. Did Park deserve an ending where he recognizes and celebrates his Korean heritage? Of course. Could Rainbow Rowell have more throughly considered the intricacy of living in the space between two very different cultures from the perspective of Asian Americans and their own lived experiences? Definitely. But should Eleanor and Park be banned and vilified as racist? Probably not.

The Politics of Haircuts