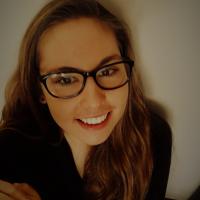 A few years ago, I attended a weekend camp for young people, during which I met several new people, done several different activities, and by the end of the first day, I was completely exhausted. By the time that everyone was called to dinner, I was really looking forward to sitting down with my friends and chatting about how cool today was. But then something strange happened.

As I was walking through the campsite, I saw that everyone was heading up together, and I was the only one walking by myself. Up ahead, I could see my group of friends walking side by side, engaged in a lively conversation. Suddenly, I didn't want to sit with them anymore. At the time, I didn't know why, and thought I was being silly, so I went to take a seat with them. But then I saw that there wasn't any room at their table. I could have easily dragged a chair over, but I didn't. Instead, I turned around and walked out. I didn't eat anything that evening, and spent an hour by myself sitting outside on a bench. I felt miserable, and just wanted to go home.

Later that evening, one of my friends came and asked what was wrong. I explained that I felt miserable because I was left out, and no one cared. But then, they asked:

'If you felt left out, why didn't you come and sit with us at dinner?'

I was stumped. Why didn't I? It's not like they where purposely leaving me out, I just walked away. I didn't have an answer then, but I do now.

One of the biggest problems with loneliness is, it doesn't just come and then go again. It hangs around, and creates a wound. And once that wound is there, it acts like a virus, and slowly takes over your feelings and distorts your perception of everything around you. And this is what was happening on that camp. I saw that my friends where together, felt lonely by myself, and my perception was distorted. I had thoughts of 'well, they don't want me around them, they are happy without me, I don't matter to them.' And this is why I didn't join them. I didn't want to risk more rejection. Clearly, these thoughts weren't true, but my feelings were warping my sense of reality.

So often when we feel lonely, this is exactly what we do. We withdraw even further away from people, and become even more miserable. And what does this do? Yep, more loneliness! And guess what? Loneliness doesn't just make you miserable, it can actually kill you. Research on Chronic loneliness has revealed that if you have it, it actually increases likeliness of your early death by 14%!

What should we do when we feel lonely? Reach out! Talk to people around you. Tell a trusted friend how you feel, and that you need them. If I had just told my friends that night how I felt, and choose to hang out with them, I would never have thought they didn't care about me, or started questioning if I mattered to them.

One quote that I think illustrates this really well is from Harry Potter, in the Order of the Phoenix, when Harry is shouting at Ron and Hermione, and gets all depressed and lonely, even though they are right there and want to help him. So he goes into the forbidden forest, and encounters Luna Lovegood. She turns to Harry, and says this:

'I suppose that's how he (Voldemort) wants you to feel...cut off and alone from everyone else. Because if it's just you, by yourself, you're not as much of a threat."
-Luna

And it's true. By ourselves, we are much more vulnerable. We need people, and often, they need us too! A common misconception with loneliness is that you can't be lonely if you are surrounded by people. This is so not true! In fact, I have found the times I am most lonely is when I am surrounded by people. That's because loneliness isn't a lack of human presence, it's an emotional disconnection. That's why it is important to tell people how you feel, rather than just hang around them, or you will still feel disconnected.

So stay healthy, and when you feel lonely, connect with people. You never know, they might just be feeling the same way!