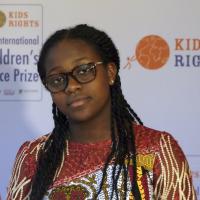 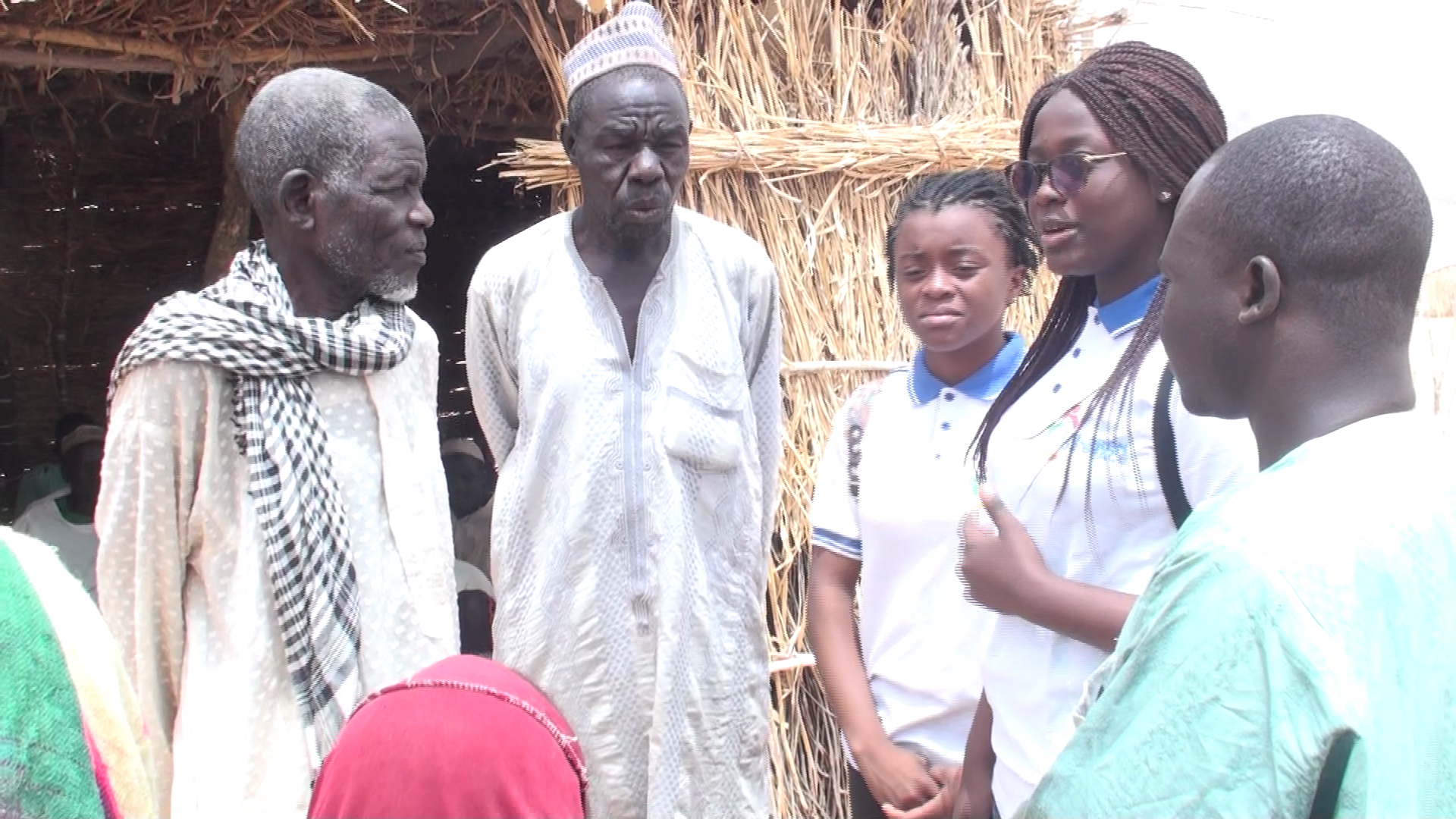 My name is Divina Maloum, and I believe that the more the capacities of children, parents and families are strengthened in human rights and peacebuilding we will have less conflicts, less attraction to violent extremism, less brutality in our communities and consequently peaceful cities. This is one of the reasons for my commitments and why I have been working in peacebuilding since 2014.

I am interested in the topic of international peace because it is a relevant field that enables us to understand the root causes of conflicts and find out traditional methods of resolving disputes peacefully (such as promoting reconciliation, assisting with the implementation of a peace agreement), or performing mediation and good offices, and more forceful action.

The socio political context in Africa is characterized by an escalation of violence and insecurity perpetrated by terrorist groups like Boko Haram (that is an Islamic extremist group that is more active in Lake Chad Basin that is north-eastern Nigeria and Chad, Niger and northern Cameroon); Al Shabaab (which is an Islamic extremist group operating out of Somalia and Kenya); and the various affiliations of Al-Qaeda operating in Sahel and which are relatively well known both regionally and globally.

Over the past two decades, the threat posed by violent extremist groups (that espouse fundamentalist religious narratives, anti-Western and jihadist movements across the Middle East and the wider Islamic world) has grown substantially across Africa.

The main driver of the expansion of these movements (that advocate conservative religious rule as a cure for modern societies’ social ills) being the colonial era and the undemocratic rule that characterized many post-independence governments. By the 1990s, these ideologies had begun to spread to Africa, where porous borders, poor security apparatuses, weak governance, corruption, ethnic divisions, and high youth unemployment created conditions under which violent extremist groups thrived.

Violent extremism and ongoing conflicts in Africa are negatively impacting human rights (especially children, girls and women rights), democracy and socio-economic development of African countries as they result in material and human damages, increased poverty and socioeconomic vulnerabilities with consequences on public Health including limited access to health care, food, water and sanitation, severe acute malnutrition; intensification of illicit proliferation of small arms and light weapons across the country with heavy impacts on the democracy; drastic decrease of school enrollment rate; increase of early marriages and low rate of citizen participation in democratic process.

I was just 11 years old when I traveled in Northern Cameroon. After witnessing the consequences of violent extremism over children and families, I decided to organize the "I am standing up for Peace" Campaign, a sensitization campaign I carried out alone to spread awareness of what I saw in the north.

Afterwards, I started the movement Children For Peace (C4P), a children and girl led movement working across Cameroon and some African countries (in complex cultural systems and areas affected by Conflicts and violent extremism) for Children rights, gender equity and peace-building.

The more we implemented activities in schools, streets, mosques, churches, markets, villages (including in areas affected by war), the more children and parents were interested in our message. Today, we have more than 100 active members across the country.

Working with various stakeholders (including families, community leaders) at community level, we are basically engaged to increase the number of children and specifically girls (refugees, IDPs…) participating in peacebuilding and local governance.

Regarding my experience and the experience of many children and girls I have been training and working with, I believe all children can be peacebuilders.
Image 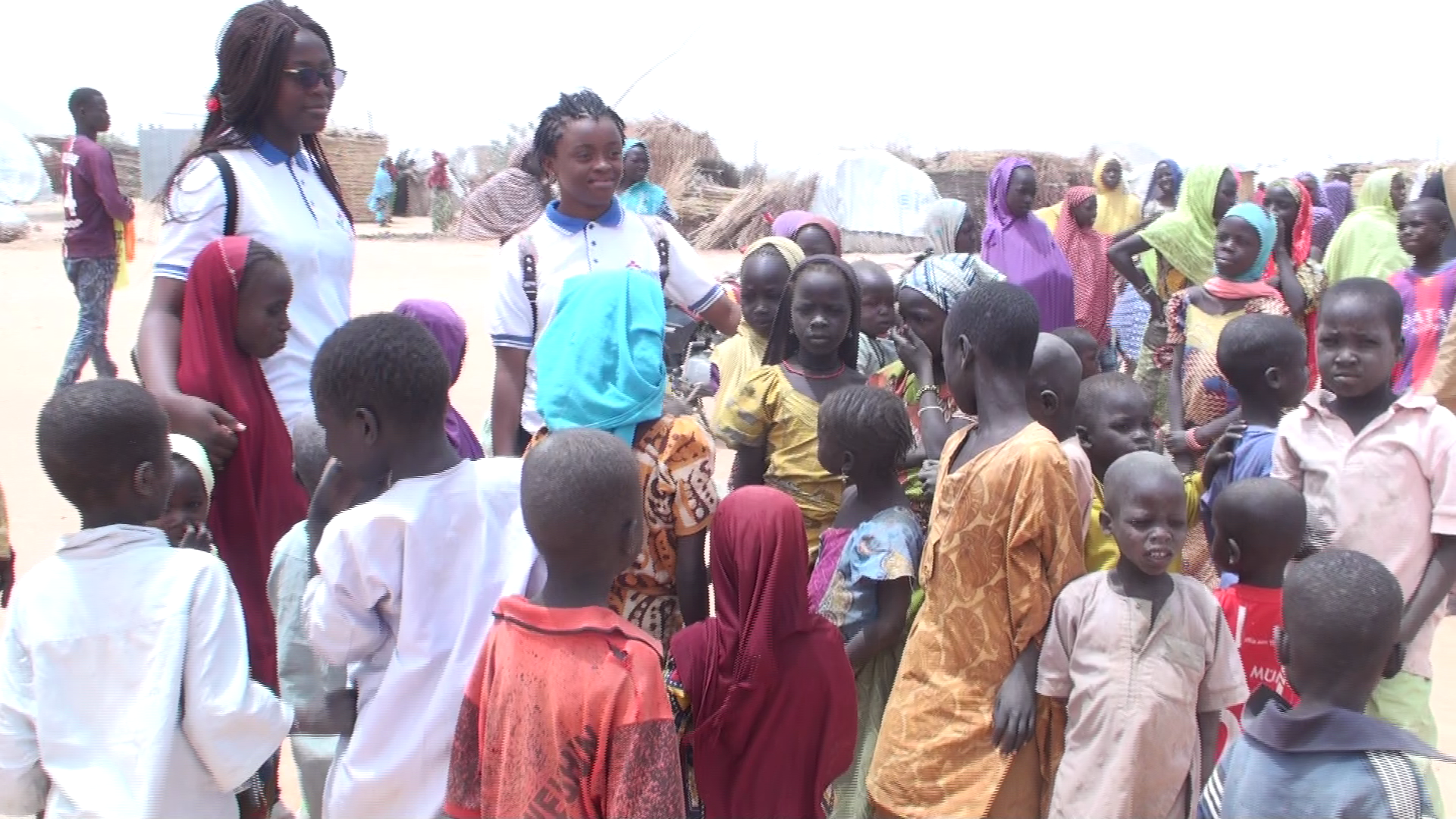 Stories of many children I have been encountering since 2014 inspire me to take action and to keep striving for peacebuilding. Through my peacebuilding experience, I have seen unspeakable horror and attacks upon children, forcing thousands to flee their homes in inhumane conditions.

Several children have had to run for their lives and walk for days to reach safety, becoming internally displaced or refugees in another land, exposed to trafficking and several abuses with miserable living conditions they could have never imagined. Many have seen parents, siblings, relatives or neighbors killed or raped, leaving in their mind an indelible trauma.

Children were trapped in inaccessible areas with no access to education and social services. Testimonies from children separated from Boko Haram we have encountered indicate that many children were abducted, abused, brutalized, tortured and forcibly recruited to join the group. Several girls told me how they got enrolled into sexual slavery and early marriages either by Boko Haram members or by their parents to overcome their financial difficulties.

Among these stories, I was most moved by the story of Ahmadou, a former child soldier. I encountered him as part of a study entitled: "Child soldiers in Africa: From children for war to children for peace, understanding the reason for the involvement of children in armed groups and the psychological consequences" that my organisation carried out East, in the far north and in the English-speaking part of Cameroon and with 25 groups of children from Nigeria, Chad, CAR, Angola, DRC and Cameroon, refugee children, children associated with armed groups.

Ahmadou explained to us with bitterness and regret (for the atrocities committed) how he was enrolled in violent extremism. He told us that when the terrorists came to his village, they asked his older brother if he was ready to join the group. He was just 17 and he said no; they shot him in the head.

Then they asked Ahmadou if he wanted to join them or suffer the same fate as his big brother. He accepted to avoid the same sentence. When he joined the group, he was 11 years old. 3 years later, he joined an army, then was appointed zone commander thanks to his experience. There, he controlled the patrols day and night, and all the atrocities committed were reported to him.

According to Ahmadou, frequent traumatic events in the life of child ex-combatants include looting property and burning houses, kidnapping other children, killing someone, beating and severe human suffering, such as carrying heavy loads or being deprived of food.

Ahmadou told us how the first time he was helped by an international organization but after some time he returned to rebel groups because he was wanted. His community did not accept him at the time, which gave him the impression that he belonged to terrorist groups. The second time around, he left the group to join his family but could not find them. They had been forced to leave because they were threatened because of his crimes.

The third time, when he managed to find his family and visit them, his mother begged him not to return. She did all she could to convince him and he agreed. He stayed with her; she took care of him when she had nothing left. I was moved by this testimony because it traces the difficult journey of a child who lived peacefully with his family and was torn from them.

Acting for peace is first of all a matter of heart, engagement and passion. Everyone can start somewhere with or without consequential means. Every action counts. You may start by sensitizing your relatives, friends and even parents on the importance of peacebuilding.

A role to play

Many children in Africa and around the world are living in such a situation because of violent extremism and radicalization, without hope of a real future especially when they cannot get out of the clutches of their tormentors, when there is no effective national or international program designed for their search, disarmament, demobilization and social reintegration.

Peacebuilding must be a matter of everyone and children have a pivotal role to play. Regarding my experience and the experience of many children and girls I have been training and working with, I believe all children can be peacebuilders.

It starts by the observation and consciousness of peacebuilding challenges in our family and community. This may be a relational or a conflictual problem. It follows by the awareness that everyone is capable to bring his contribution to remediate or to overcome these problems. It is our responsibility to preserve peace in our family and community.

Acting for peace is first of all a matter of heart, engagement and passion. Everyone can start somewhere with or without consequential means. Every action counts. You may start by sensitizing your relatives, friends and even parents on the importance of peacebuilding.