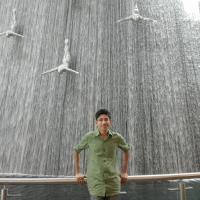 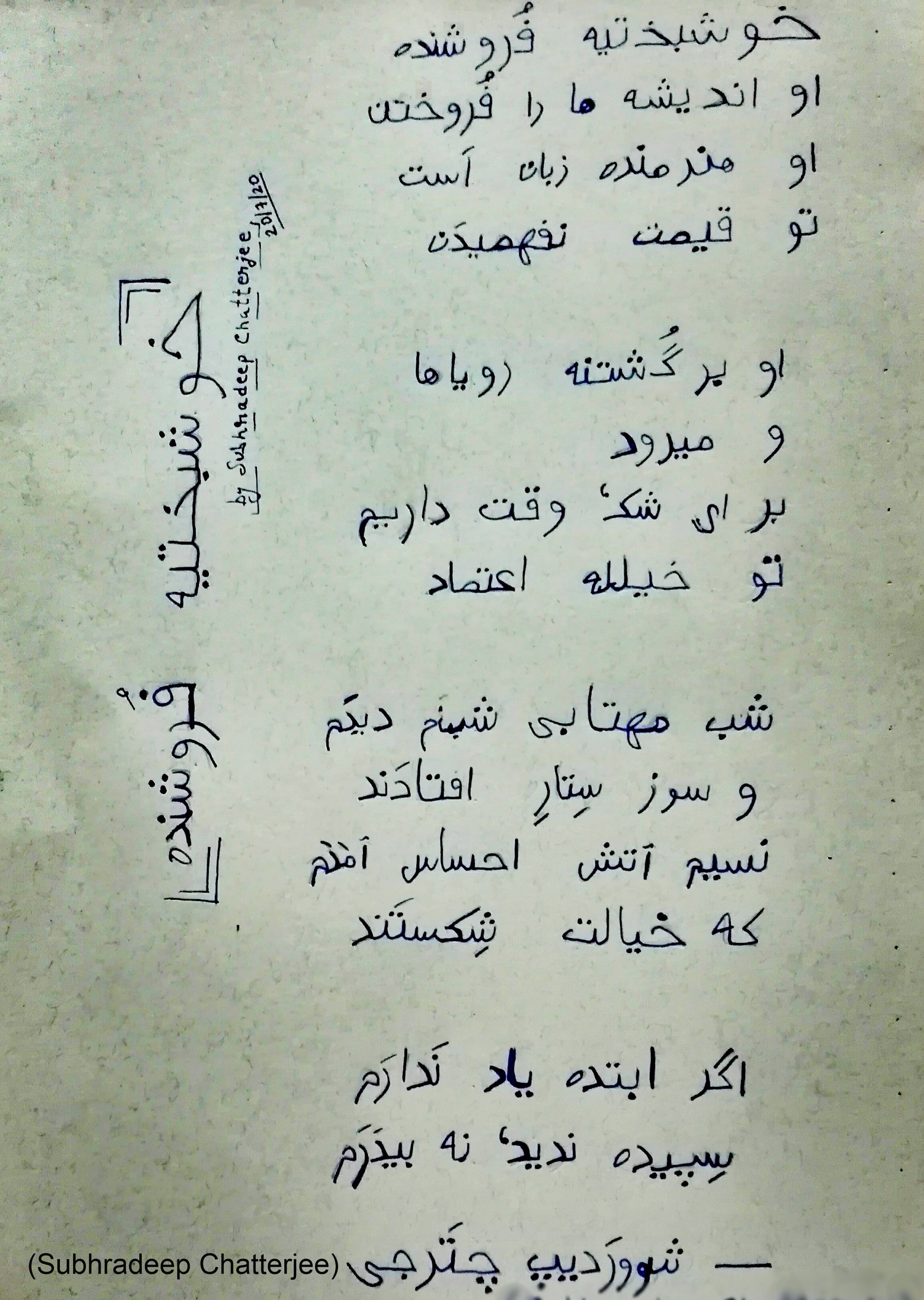 Persian has always been a language that I had admired and wanted to learn. This poem is my first attempt at writing a Persian poem after learning it for a few months.

The poem consists of easy words that I picked up while learning the basics. While it is very difficult to write a poem in a foreign language due to its inherent nuances and grammatical intricacies, I found it to be a very entertaining and enlightening exercise for improving my skill in the language as well as learning it further.

My accompanying transliteration has tried to bring forth the rhyme and intonation used in the poem, while the translation has tried to remain faithful to the meaning and poetic endeavour of the piece. However, as one must realize, it is difficult to render a poem in translation with the same structural essence especially in the case of linguistic differences based on object-verb ordering (among others). I have tried to keep the translation as simple as possible to reflect the Persian version more faithfully instead of beautifying the English verses.

Apologies for errors, if any.

S/He’s an artist of language

whose price you won't understand.

With time for doubt,

You trust the fantasy.

I saw dewdrops on a moonlit night,

The fiery breeze brought back my senses

and broke my fanciful spell.

If I do not remember the beginning of it,

I had not seen the dawn, nor was I awake.

(Note: There is no gender in Persian, so the above poem can be read with the titular “Salesperson” figure as gender-neutral. The reader can choose to read it as feminine, masculine, queer, transgender or gender fluid.

One of the other translations of the word “forushande” can be “seller”. The reason for choosing the word “salesperson” in the translation is that the word has a more commercial and individual tone in its performativity than the term “seller”, as I see it.) 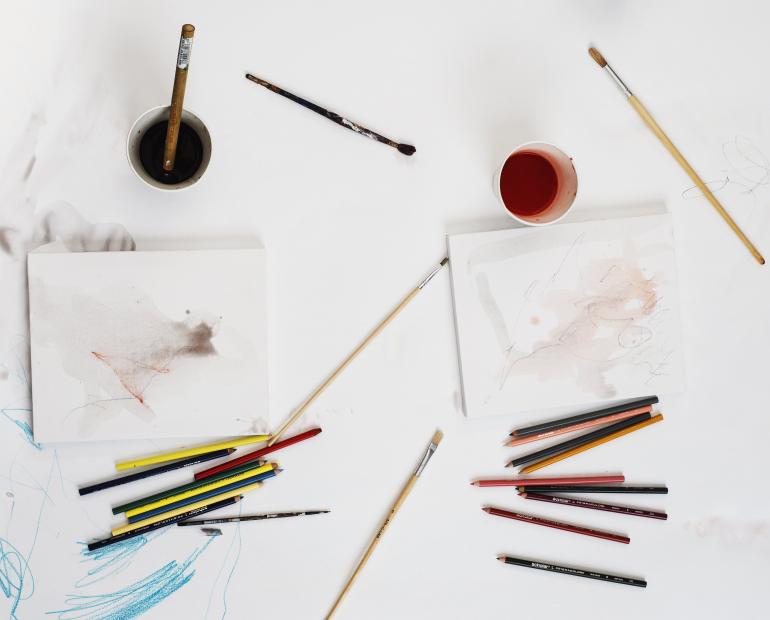 Using art and writing to express ourselves. 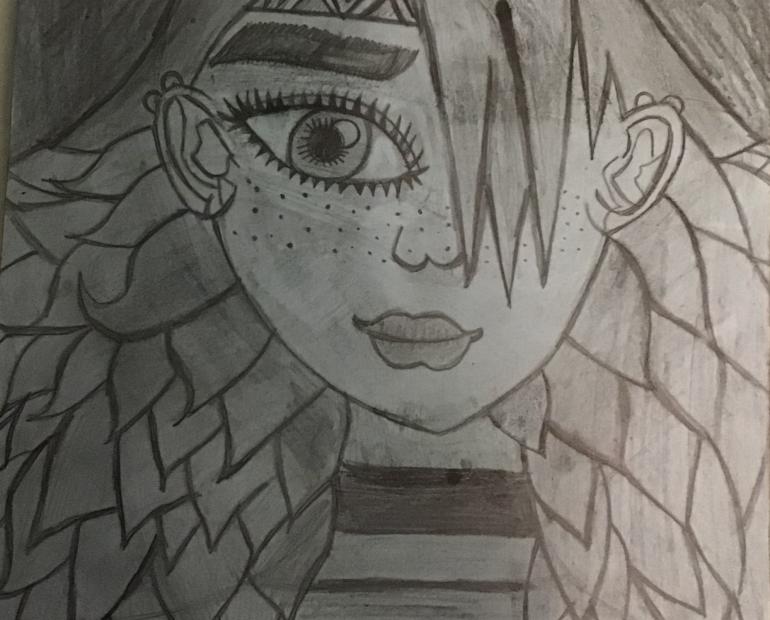 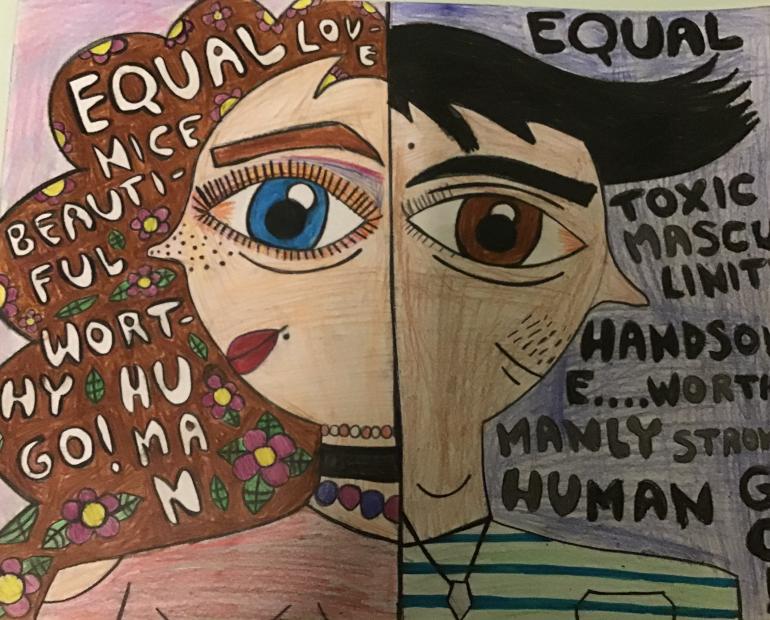