Scouting: Through the Eyes of Rabi Lochan Lamichhane 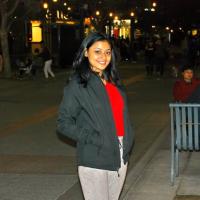 Image Credit
Shushila Bista
Rovers and Rangers visited Rabi Sir at his resident to meet him and get inspired by his journey of scouting.

On 29th January 2020, a team of rovers and rangers of the three crews along with teachers went to meet the Ex-District Commissioner of Kathmandu District, Mr. Rabi Lochan Lamichhane at his resident in Chabahil. The rovers and rangers had an inspirational talk-session with Mr. Lamichhane about his journey of scouting and gifted him with a warm blanket as well.

Rabi Sir or Rabi Guru as he is widely recognized by this name had started his journey of scouting at 2043 BS when he was in his early 30s. Although now after 33 years, he vividly remembers the start of his scouting journey and was very enthusiastic to share this with us.

He says his journey in scouting started out of a sudden when one day his friend Mr. Shiva Ram Aryal, currently Coordinator Commissioner of Kathmandu District Scouts,  informed him about a training happening and convinced him to join the same day. He remembers that when he first joined, he wasn’t aware about the uniform requirements in scouting and didn’t have one of his own at the time. He says he had borrowed it from his friend and while sharing this, he laughed merely as he remembered the buttons of his shirt were too tight to put on and he had to complete the training with a tight shirt and ill-fit pants.

Mr. Lamichhane was an avid social worker even before starting scouting and when he was introduced to scouting, his passion to do something better for the community grew even more and the grounds of scouting has held him in since then.

Rabi sir firmly believes that scouting is one such platform that benefits students to build their personality and shape their behavior by making them more responsible and disciplined. One thing that sets scouting apart from other activities is its affordability. With the growing commercialization of extra curriculum activities in the recent days, scout has remained a pure voluntary organization, solely to serve the community and shape the personality of children. In his own words, “Scouting is a practical method where students learn by doing. The more he/she involves, the more he/she can learn and the further he/she can go.”

But he has been disheartened lately to see the influence of politics in this organization. He emphasized the fact that Scouting is a non-political organization and should remain as it. The affiliation with political parties has blurred the true spirit of scouting nowadays. Political affiliations and scouting for personal benefits should be kept far aside because scouting is a voluntary and service-oriented organization and political parties and politics does no good in scouting.

Mr. Lamichhane has been inactive lately in the field of scouting because of his disease of Parkinson. Parkinson's disease is a progressive nervous system disorder that affects the movements by stiffening or slowing it and also slurring speech, but fortunately the disease hasn’t had a severe impact on him. Although he needs assistance to move and walk, his spirit and aspiration to inspire people hasn’t yet halted.