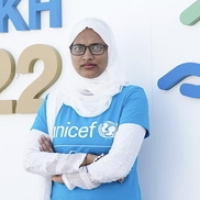 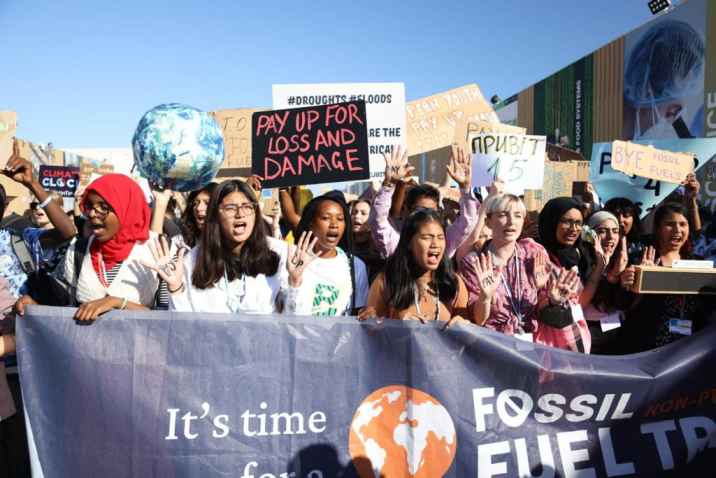 Farzana Faruk Jhumu is a climate activist and a Unicef Bangladesh Youth Advocate who works with Fridays For Future and 350.org. In this piece, originally published by The Daily Star, she reflects on the results achieved at COP27.

It has been over a month since COP27, arguably the most important conference about the future of our planet, concluded. In this time, we have seen a proliferation of discussions about what it achieved, where it failed, and what lies ahead. But what is missing here is the voices of a generation that stands to lose the most – their future in an inhabitable earth – if world leaders continue to delay urgent action to address the climate crisis.

Climate change is also a child rights crisis. It will, and already does, disproportionately impact children and young people. As such, it is crucial for them to have a say in the decisions that are shaping their future.

COP27 marked significant progress by officially recognising, for the first time, that children and young people can be effective agents of change. While official government delegations debated mitigation, adaptation and finance, observers – from academics and fossil fuel lobbyists to young climate activists – closely followed discussions and advocated for their demands.

I had the privilege of attending COP27 as part of the Unicef delegation and organising the first-ever Children and Youth Pavilion, a platform led by young people to amplify our voices, network, and plan action.

Alongside peers from across the world, who have been at the forefront of calling for urgent climate action, I mobilised around the need for loss and damage to be on the agenda, calling for a target of USD 100 billion to help developing countries address the impacts of climate change. We stressed that this finance should come from taxing the profits of fossil-fuel-based industries. We organised strikes demanding fossil fuel phase-out and a fossil fuel non-proliferation treaty. We shared stories of resilience, and joined sessions to share ideas and raise awareness.

Although not all negotiation sessions were open to us, I was able to join bilateral meetings as a member of the official children and youth constituency of the United Nations Framework Convention on Climate Change (UNFCCC). There, I argued for the need for meaningful participation of children and young people in the decisions that are taken.

The future that was being decided at the conference concerns me all the more as a citizen of Bangladesh, which already ranks among the top countries where children are most vulnerable to climate change impacts.

The most important outcome of COP27 was the agreement on loss and damage financing. For the most vulnerable countries in the Global South that are not responsible for the crisis, and where adaptation measures alone are not enough to cope with the impacts of climate change, this decision is extremely important. It is the result of decades of advocacy by the civil society, youth movements and climate-vulnerable countries, and seeing the inclusion of loss and damage finance facility in the final agreement was rewarding. Also commendable was the adoption of the Action for Climate Empowerment (ACE) action plan which calls on countries to empower all members of society including children and youth to engage in climate action.

But for those of us who have been calling for urgent action, the absence of progress when it comes to mitigation has been disappointing.

While we verge even closer to an uninhabitable world, hundreds of lobbyists participating in the conference were unfortunately successful in blocking any progress towards phasing out use of fossil fuels. Similarly, there was no change in the final agreement about limiting global temperature rise to 1.5 degrees Celsius. Even the launch of the Adaptation Agenda was marred by the fact that concrete decisions on funding were lacking, while Global Shield – the insurance initiative to help vulnerable countries – was launched without any mention of liability for payment and accountability of countries in the Global North for their historically large amounts of greenhouse gas (GHG) emission. 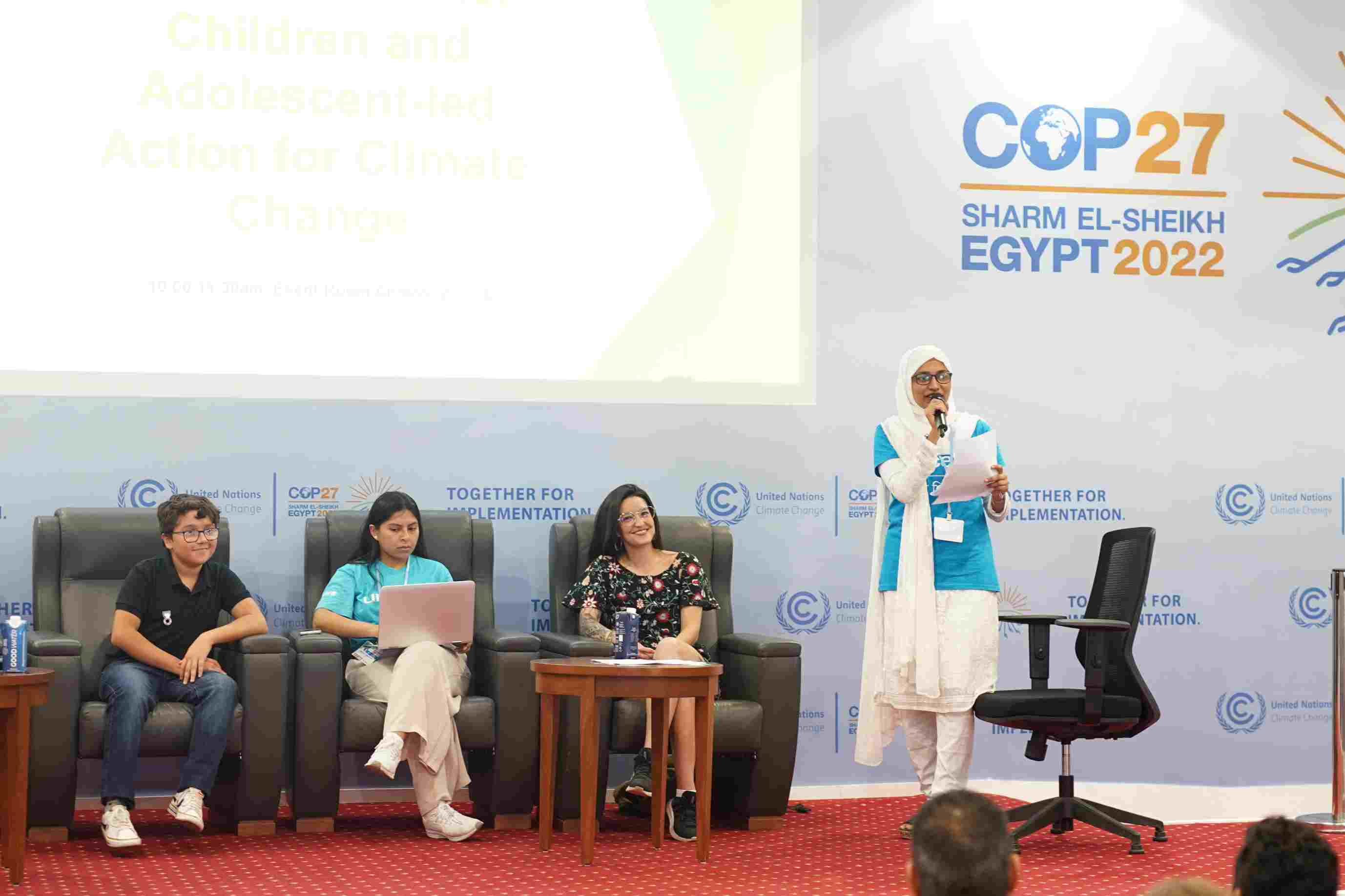 Image Credit
Adham Osana/ UNICEF
Farzana speaks at an event on children and adolescent-led action for climate change at COP27.

One of the goals of COP27 was to enhance the ambition of countries' climate pledges, known as Nationally Determined Contributions (NDCs). However, many countries, including the world's major emitters, did not significantly increase their NDCs.

These reveal the gaps in our lofty goals and plans of action. The difference between the amount of funding available for adaptation efforts and the amount needed is immense, and the commitment from COP26 to increase adaptation funding by 2025 has been removed.

Ultimately, COP27 ended on a bittersweet note. There was progress, but not nearly enough.

If we are unable to phase out the use of fossil fuels and limit the temperature rise, the decision about loss and damage alone will not reduce the vulnerability of any country. Similarly, while more young people had the opportunity to join discussions, there is still a long way to go to make their participation more meaningful.

But instead of disappointment, I'd like to end this piece with hope. We can hope that COP28 will bring with it a focus on transitioning away from fossil fuels, that there will be a clear mechanism for loss and damage finance, and that the youth who have led the call for urgency for years will be allowed to participate in the conference at all levels.

We – the youth and other climate activists from under-represented communities – need to be nurtured as negotiators and given seats at the table, and not just as part of a separate pavilion. We need to be able to represent the voices and perspectives of our communities and of our generation. It is our future that is at stake, and we have every right to be part of the decisions that shape it. 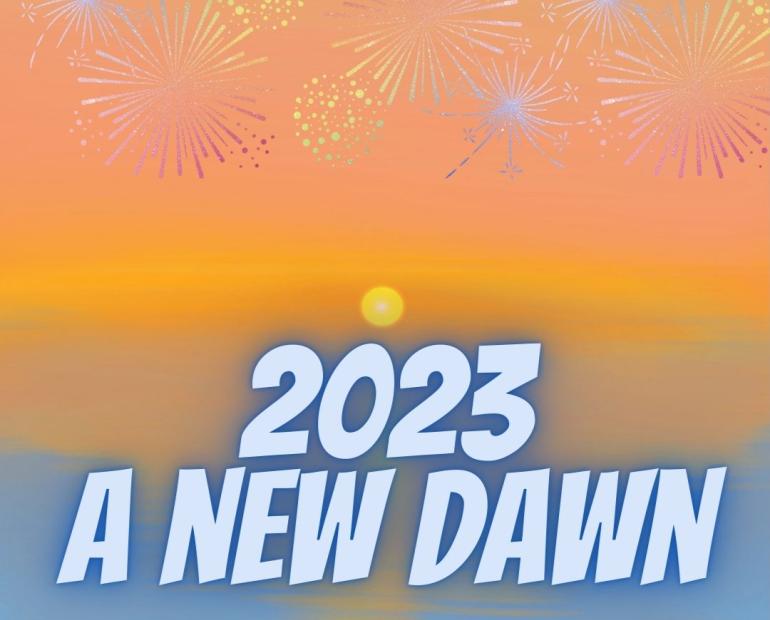