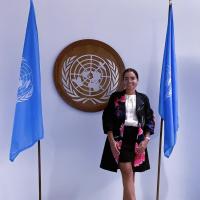 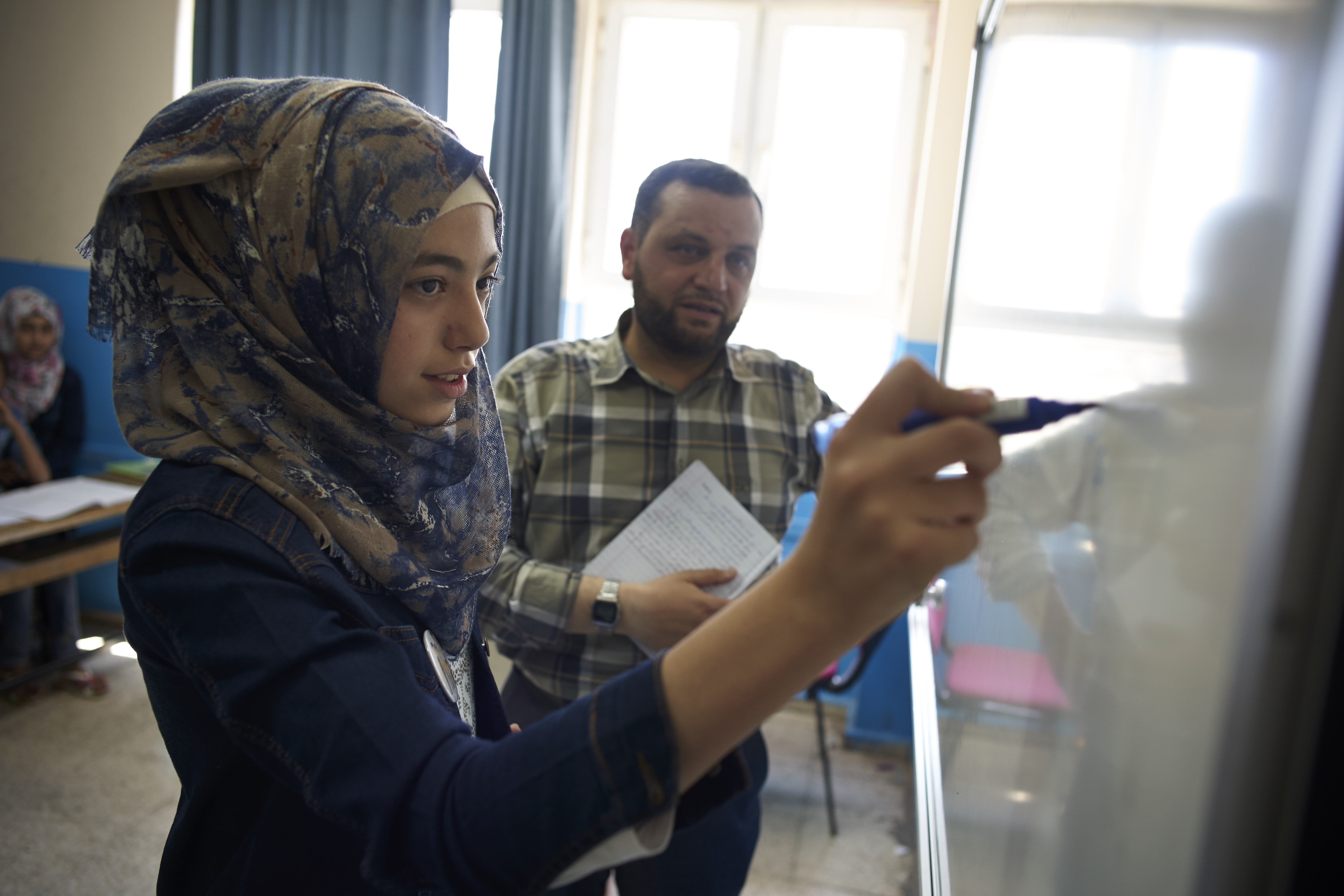 Image Credit
Onur Onat / UNICEF
Esra, an adolescent, left from Aleppo to take refuge in Turkey along with her family.

Worldwide, young people account for a significant proportion of people on the move, and 50% of young people on the move were women and girls. In 2020, 35.5 million children under the age of 18 were living outside of their country of birth. Over a third of these children, an estimated 13 million, were refugees and asylum seekers. This matters for young people’s learning and livelihoods: in its 2021 Education Report, UNHCR highlighted that young people in crisis-affected regions were 30% less likely to complete their primary education and half as likely to complete their secondary education. And girls lag behind their male peers, which impacts their learning and prospects for safer livelihoods.

I have been a migrant for most of my life. I have lived in a total of seven countries, mainly for better educational and professional opportunities. Although each experience was different, I did come to one realization: gender inequality is universal. Of course, in some places more than others. As I grew and expanded my horizons, I came to a second realization: some groups face additional challenges based on distinct intersections. Being a young person, a woman of color from the Global South, and a migrant, didn’t always make my experiences pleasant while living abroad. I faced racism, sexism and xenophobia quite often. However, it didn’t stop me from braving all challenges and fighting typical stereotypes according to which I am not educated, I am not enough and I am uncivilized. I like to see the good in everything, and these experiences led me to become extremely passionate about migration issues, hence my decision to break the status quo and pursue my studies and professional career in the field, particularly focusing on the correlation with gender.

A complicated and ever-evolving subject is how gender and migration interact. Indeed, gender discrimination can act as a driver of migration, but experiences vary by context depending on social norms and other factors. Which was undoubtedly the case for me. I believe that I speak from a place of privilege as I migrated by choice, unlike many who are forced to leave their own home solely based on their gender. During conflicts, it is well documented that women and girls are more likely to experience gender-based violence (GBV); however, in some circumstances, girls and their families may relocate to put off an early marriage. And since climate change continues impacting communities – the floods, fires, and drought, an increasing number of women and girls are forced to leave their homes, which exposes them to risks and opportunities – old and new.

"I have lived in a total of seven countries, mainly for better educational and professional opportunities. Although each experience was different, I did come to one realization: gender inequality is universal."

A recent U-Report poll, “Right to be Heard: Learning to Earning and Gender”, highlighted inequalities faced by women and girls on the move. To listen to the voices of young people on the move and learn from their ideas, UNICEF worked with U-Report and reached 138,325 people, with 42,519 who responded, including 39,328 young people between 14-34 years of age and 8,383 respondents, aged 14-34, self-identified as migrants, refugees, asylum-seekers or Internally Displaced People (IDPs). One of the most striking findings to me was that young women and men disagree about if girls or boys experience the same or different challenges. Young men and boys thought everyone faces the same difficulties in finding a job; for example 4 out of 10 boys and only 1 out of 10 girls on the move believe boys and girls face the same challenges. On the other hand, women and girls reported a higher number of challenges in finding jobs and livelihoods.

For young women and girls on the move to flourish and unlock their long overdue potential, there must be a change in social norms as it is affecting their opportunity to access the job market. We can confidently say that young women's and girls’ experiences are not seen, nor heard. To work towards a more equal world, especially in a mobility context, young men and boys must become the strongest allies. The poll even found that it reached out to fewer women and girls, due to a lack of access to the internet, connectivity and digital tools. This result reflects the existing gender digital divide.

Women and girls are forging an identity beyond that of being asylum seekers, refugees, IDPs, or migrants. They deserve better than being perceived as victims. They deserve to be seen for who they are: change makers. And women and girls on the move are already creating opportunities for themselves. They can’t reach their full potential on their own, they need an extra boost of support just to access equal opportunities. In 2019, it was predicted that if given the chance in each of the top 30 refugee-hosting nations, refugee women might contribute up to $1.4 trillion yearly to the global GDP.

We won’t go far if we don’t invest in women and girls on the move and if we don’t start seeing them as agents of change. Most importantly, nothing will change if they are kept out of decisions involving them. “Nothing about them, without them.” They must be included in every step, in every process and at every table. They must be meaningfully engaged and not just for tokenism purposes. Not only should we listen to them, but we should also invest in them by equipping them and providing them with opportunities to co-create. Then we can talk about unlocking potential.

Yasmina Benslimane is the Gender Specialist for the Migration Youth and Children Platform (MYCP). She has been leading a youth reference group working in close collaboration with UNICEF on the U-Report poll, with a focus on earning to learning for adolescent girls and young women on the move.

Visit the U-Report "Potential unlocked: girls and young women on the move to a brighter future" report