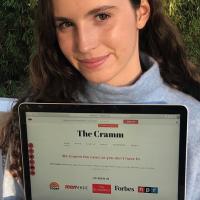 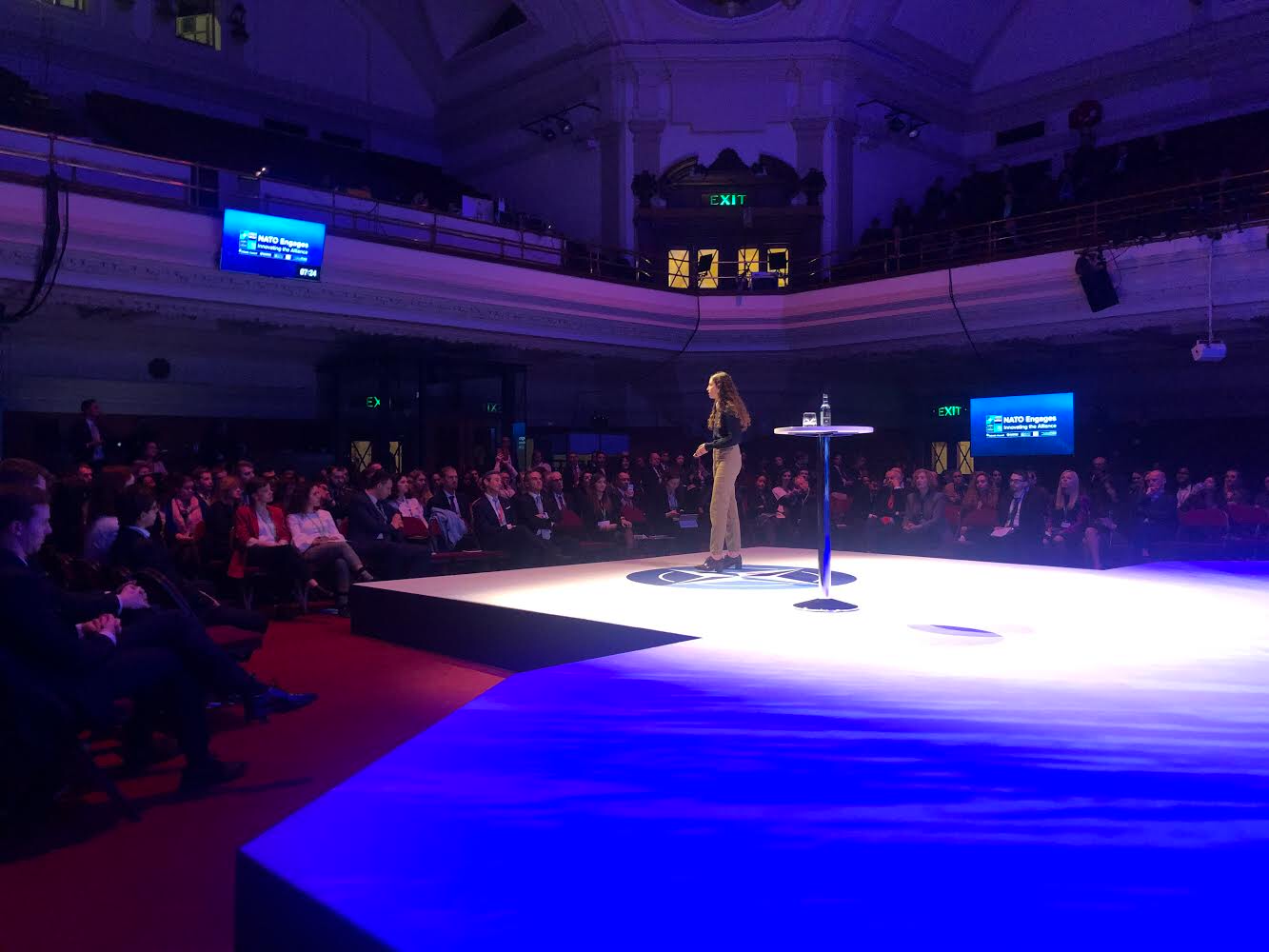 For much of my life, two words defined me: painfully shy. And, perhaps, socially anxious. I had trouble talking to people, even close friends. My heart would pound ahead of social interaction, and I often lay awake at night over an upcoming social event. Years would go by when I would hardly see my friends outside of school for fear of that simple social interaction.

But those weren’t the only words that defined me. I was also incredibly passionate about the world. I desperately wanted to help people, a desire that only grew as I got older and learned more about the issues facing society. I wanted to do something — anything — to make a difference.

I looked up to Malala Yousafzai, the teenage girl from Pakistan who fought for a girl’s right to education, was shot in the head by the Taliban, survived, and ultimately went on to win the Nobel Peace Prize at the age of seventeen. I admired movements like the Women’s March in the United States. To this day, I distinctly remember my feelings of guilt after deciding not to attend the 2017 Women’s March in my hometown of Santa Barbara, California, as a result of my shyness and social anxiety. I was deeply disappointed in myself.

Around the same time, I came up with the idea for a news outlet entirely by and for the youth. The 2016 US presidential election had rocked my peers — the majority of whom were Latinx, and many of whom had parents who were undocumented — and me to the core. All we could talk about was what was going on in the world.

However, I quickly realized this newfound interest lacked a central outlet. Traditional media is primarily written by and geared toward an older demographic, and unfortunately, it wasn’t connecting to my generation. Thus, we weren’t reading or watching the news, which inhibited our ability to appropriately take action and create change. After all, you can’t change the world unless you know about it.

That’s why, in February of 2017, I decided to create the solution: The Cramm.

Traditional media is primarily written by and geared toward an older demographic, and unfortunately, it wasn’t connecting to my generation. Thus, we weren’t reading or watching the news, which inhibited our ability to appropriately take action and create change. After all, you can’t change the world unless you know about it.
Image 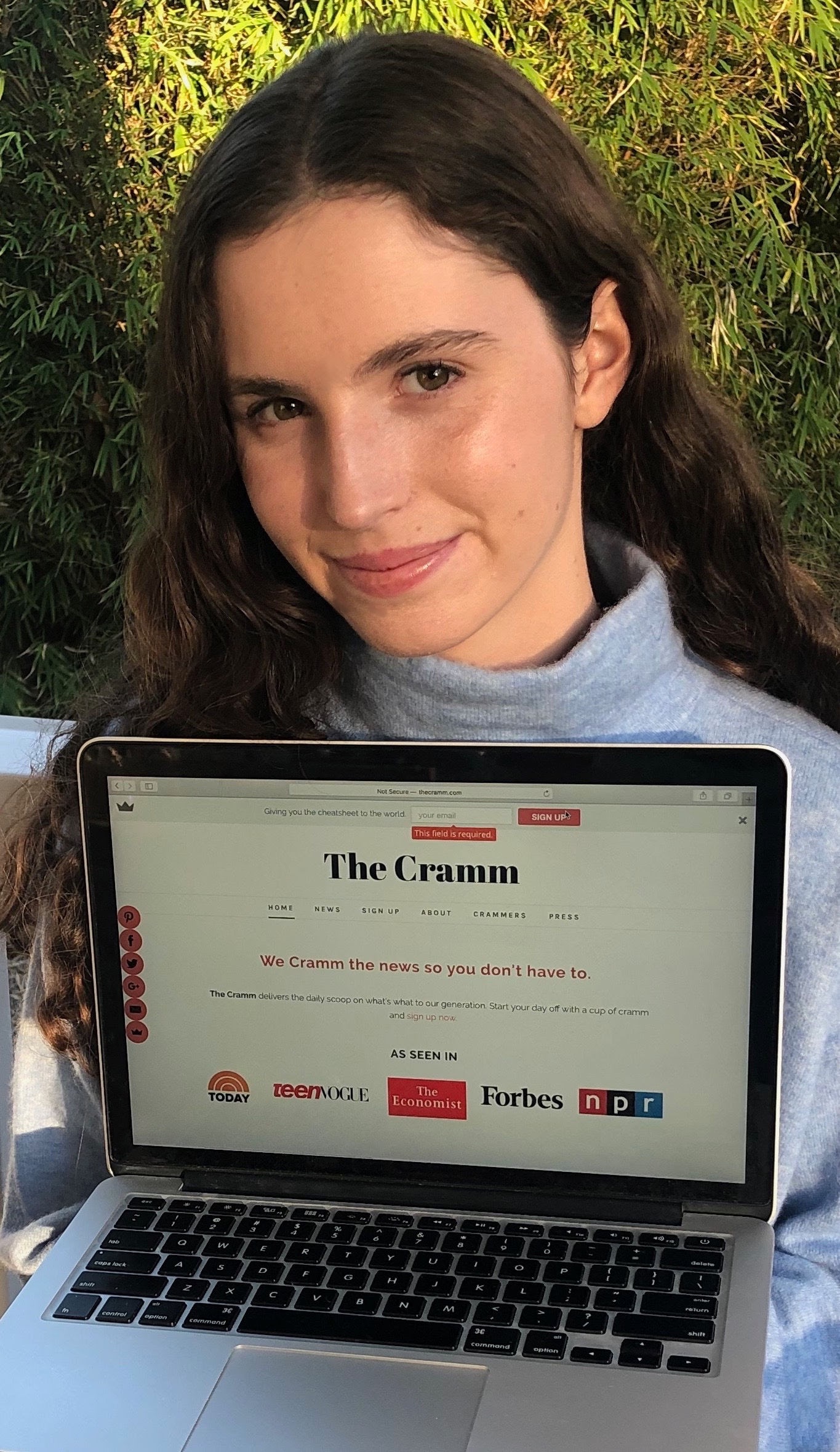 Each weekday, I wake up at 5am to read the news, curate relevant stories, and rewrite them in a way that relates and truly speaks to a Gen Z audience. Then, I send this out in a 5-minute email, text, Instagram story, or video to our readers, who hail from over 100 countries all over the world. I’m proud and honored to say our newsletters rack up 2.5 million views per month across all platforms, and even prouder to say we have over 350 youth ambassadors across the globe.

The goal behind The Cramm is to give young people all the tools they need — mainly, information — to take the future into their own hands and make a positive impact on the world. And our readers have done just that, from participating in charities to organizing rallies and marches to being empowered to vote, and even to founding their own organizations.

But really, the biggest impact The Cramm has had is on me.

My shyness and social anxiety no longer define me.

In creating The Cramm, I understood I would need to step far outside my comfort zone in order for it to truly be effective. And each little step — from introducing myself to then-Teen Vogue Editor-in-Chief, Elaine Welteroth, at the 2017 Teen Vogue Summit and getting her to sign up for The Cramm — became just a little bit bigger, ultimately leading to me taking the stage at NATO Engages in London a couple months ago and speaking to thousands of world leaders about The Cramm and my generation.

I am an introvert, yes. That is, after all, why The Cramm was and is the perfect endeavor for me — I’m able to help people from the comfort of my own room, all alone. But The Cramm has shown me that I am capable of far more than I previously thought. It has pushed me to new limits. It has helped me through my social anxiety and changed how I view the world.

In writing The Cramm and working to help others, I ended up helping myself more than I ever could have imagined.

Are you passionate about youth rights and want to share your story too? This is how you can create content and be featured on Voices Of Youth. 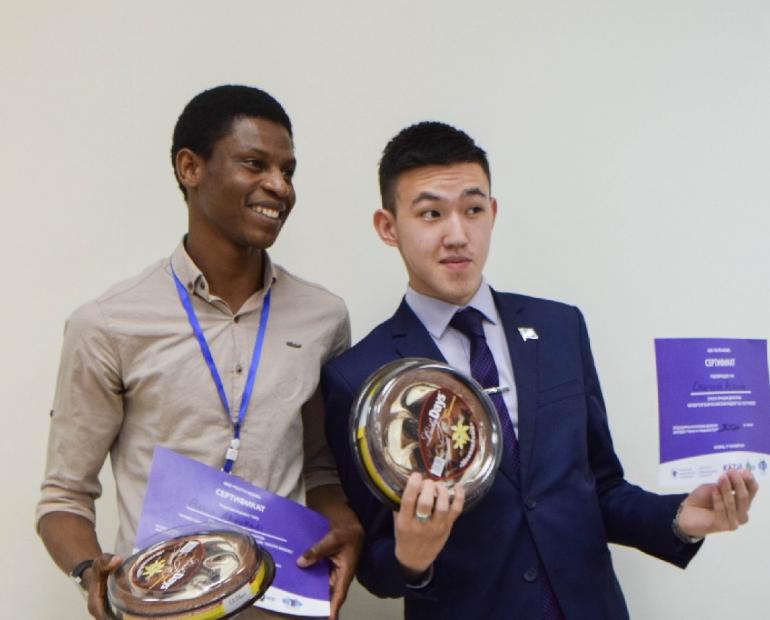 My experience of participation in the UN Models

The Importance of Education, and How Teens Are Closing the Access Disparity