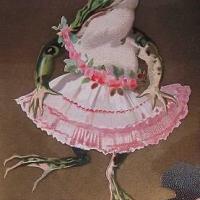 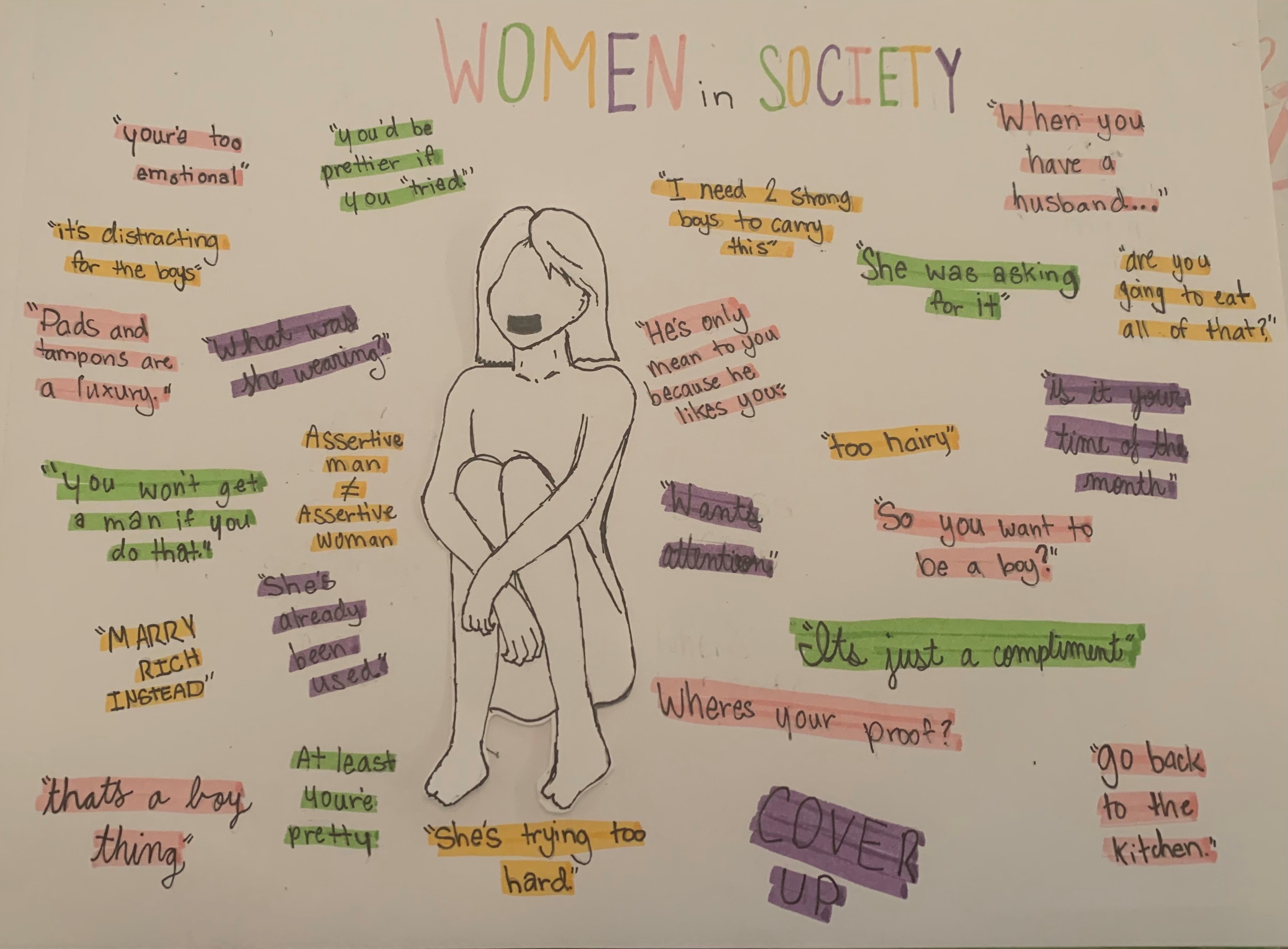 Everyone knows that all over the world, women are still not treated as equals.

My drawing shows girls being controlled by toxic masculinity, misogyny, and gender stereotypes in modern society. It also shows some things most, if not all girls were told at a young age that actually promotes misogyny and sexism.

You can find that misogyny is rooted in almost everything, from casual sayings to human safety. For example, dummies that are used for crash tests in cars are built like men, which increases the risk of women getting more hurt than men in car accidents.

Right now, the world is built for a man. But we can change that.