Youth against a global enemy 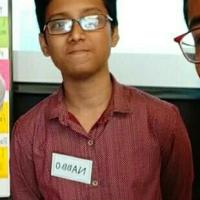 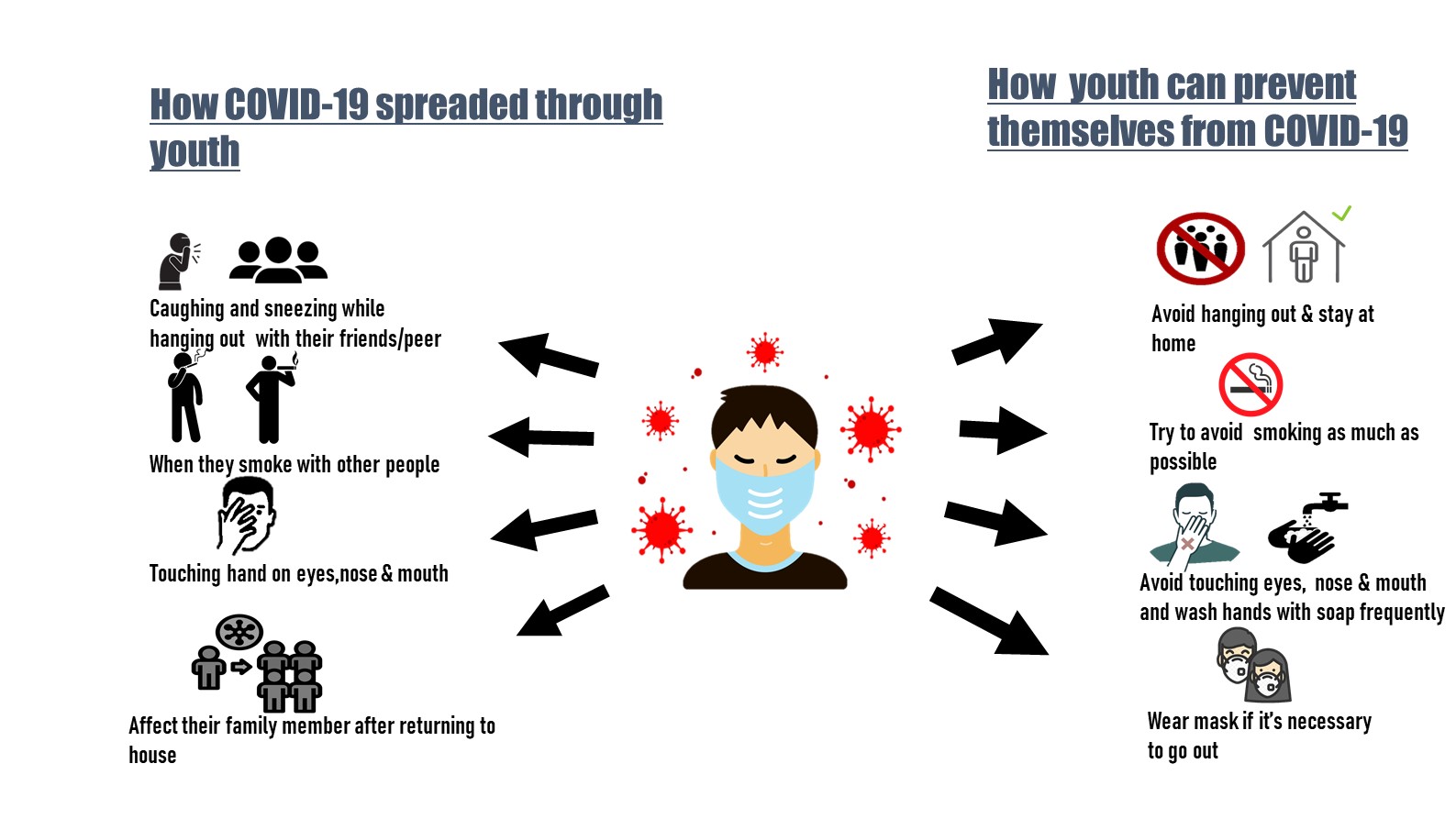 The cases and death rates caused by Corona Virus -2019 have been increasing rapidly around the world. Most of the researchers earlier said that it would not affect young, teenagers and children but the recent situation made everyone believe that they can be affected by Corona at any time!

According to the estimation of the United Nations the world’s population in 2019 youths numbered 1.2 billion persons between ages 15 to 24. In developed countries number of youth population are 207 million, among those countries the Covid 19 cases aged 10-19 and 20-29 are: In Italy 3.7% to 5.9%, South Korea 5.0% to 29.9%, in China  (mainland)  noted 1.2% to 8.1%. However, these rates may also depend on how much aware young people are and how they are taken preventive and protective measures.

World Economic Forum (WEF) shows that, 10-29 years people have 0.20% chance of deaths, which suggest that, most young people can spread more extensively to the others. WEF also says, most of the young people have a small chance of seriously illness but they will be the carrier of the disease. One of the Swedish Child Climate activist Greta Thunberg affected by Covid 19 and urged other young people to stay at home.  Tedros Adhanom Ghebreyesus, the Director General of WHO says regarding youth about Corona Virus that, “young people are not invincible from Covid-19, the virus could put you in hospital for weeks, or even kill you.”

How they are likely to be affected? Most of the teenagers and young people when spend their time in smoking, hanging at with friends of their institute in cafes, and spend time with their neighborhood, peers, the virus likely to infect them.  This might be caused by not wearing mask. The head of Chinese Centre for Disease Control & Prevention, George Gaon says, “This virus spread mostly from droplets of mouth, if we don’t wear mask the virus likely to be spreaded”. WE Forum added that, youths in many countries ignoring the advice to practice social distancing which can be their cause of affected by Corona.

Among 1.2 billion youths in the world, there were 104 million youth aged 15 to 24 suffering from poverty. They were deprived from their basic needs or non-pharmaceuticals measures to prevent them from Covid-19.

They don’t have a mask to wear, adequate sanitizer & hand wash. Also most of them have to work in factories or brick field or alike SMEs to run their family.   But when this outbreak started they lost their source of income for their families. In this case, government and other charities, philanthropists and social organizations should take steps by giving meal-aid to poor family as well as other basic requirement or non-pharmaceuticals aid so that they can also prevent themselves from this vulnerable disease.

Is it difficult to be coped with this change environment? Mr. Gaon, Director General of Chinese Centre for Disease Control and Prevention, talked about their experience of how they combated and controlled the Covid -19 at Wuhan. He said that they successfully implemented some preventive measures and use Non Pharmaceuticals strategies, which can be  helpful options for youths in other countries where it has yet to spread out at community level. He says, alongside with the use of Non-pharmaceutical strategies (washing hands, wearing mask) every people have to make sure that they isolate from any cases. Third, close contact should be in quarantine, fourth, suspend public gathering which means youth cannot hangout with their friends or neighborhood and peers, fifth restrict movement which imply that everyone should stay at their home.

Being a teenager of the developing countries, I can relate that it is certainly boring to stay such long days at home where there is very narrow space to walk at home let alone arrangement of indoor games! In this case I think social media can play an active role to inspire youngsters by posting different educational items. Besides, young or teenagers can be engaged or connected with their friends through social media as most young people now a day use Facebook, WhatsApp, Instagram or Messenger. Alongside they can learn new things including programming, Adobe editing and do physical exercises too.

Lastly, during world war II, when Nazis gained control over the Germany, one of the youngest Germany Dutch-Jewish diarist Anne Frank and her family had to hide in some concealed rooms behind a bookcase in her father’s workplace. So that they could protect themselves from the persecution of Nazis until they were informed. Today, we are also in the same state. Though our enemy is invisibly stand against us but in 1942, Frank family hide themselves as a homeless people whereas we have our home to hide ourselves. This is easier to fight against this disease and end the war.