All around the world, young people are calling for urgent climate action. As we get closer to the upcoming global climate summits, like COP26, now is the time to raise your voices and demand climate action.

Meet Sebastian from Chile, Natalia from Costa Rica, Timoci from Fiji, and Heeta from India. And check out below the guides developed with UNICEF experts and young climate activists on how you can get involved.

Image Credit
Voices of Youth
“I started a movement with other young people to ask for the Chilean Government’s signing of the Escazu Agreement because we consider it an urgent demand to combat environmental inequality. The active participation of young people in climate action is fundamental.”  Sebastián Benfeld, Chile

"I was born and raised in the region with the most environmental conflicts in my country, Chile.

Chile is a narrow country, so my region is under several environmental struggles from shore to mountains. In the coastline, there is Quintero and Puchuncaví where more than 16 strongly polluting companies operate. This has led to severe consequences for the health of children in the area who have suffered intoxications and are exposed to high levels of contamination daily.

Near the mountains there are extensive mono crops and mining. Huge agricultural crops consume the little water there’s left in the region because of a decade-long drought, so thousands of people have to live with only 50-100 liters of water per day, hundreds of animals perished, and several historic rivers have dried out.

As the situation kept worsening, I became involved in environmental activism and the promotion of human rights. In 2019 I joined the Fridays for Future movement where I worked on promoting the signing of the Escazú Agreement and a declaration of climate emergency for Chile.

In 2020 I started an environmental justice movement with other young people, the Escazu Ahora Chile, and was also named Escazu Youth Champion along with for other young leaders by the Economic Commission for Latin America and the Caribbean for our efforts towards promoting the signing of the agreement in Chile. Today, the Escazu Ahora Chile movement is working towards the Escazu’s future implementation in Chile.

As a young activist and journalism student, I’m working towards defending human rights related to environmental issues and amplifying the active participation of young people in climate action.

We must be considered when making decisions that will profoundly impact our lives and the lives of future generations."

Image Credit
Voices of Youth
“The nationally determined contributions are the roadmaps for climate ambition and we, young people, are key in bringing new solutions to the conversation and to raise action. We have innovative ideas, the motivation, initiative and the energy to build.” Natalia Gómez, Costa Rica

"My name is Natalia, and I am a 23-year-old climate and conservation advocate from Cartago, Costa Rica. I’m passionate about nature-based solutions, climate adaptation, and disaster risk reduction. I’m also very passionate about youth engagement in climate action and believe that young people must be involved in these processes, which is why I’m a member of the Youth and Climate Change Costa Rican Network and participated in the NDC Partnership Youth Task Force in 2020.

In Costa Rica, a group of young people participated as key actors in the NDC updating process. We participated not only in the consultation process, but also in the co-construction by sharing participatory sessions with experts from various sectors.

The process consisted of general workshops and sectorial workshops where there was always the participation of young people. At the end of the process, we held a dialogue about the Costa Rican NDCs and contributed new ideas or modifications, which were integrated.

Young people must be involved in the processes of elaboration, updating and implementing of the NDCs, not only because we will have to face the most intense climate events and the effects of adult decisions, but also because we are actors of climate solutions and change agents.

The perspectives of young people must be respected and integrated, as they are different and equally valuable visions. That's why young people must always be involved in the development of those climate policy instruments, and that shouldn't be just once, it must be institutionalized, so, youth will be integrated in next NDC updating processes."

Image Credit
Voices of Youth
“Climate change has had a major impact on my life and on the lives of many children and families in my country, Fiji. Speaking at COP23 and the global climate summits was a chance to tell world leaders that we need everyone to work as a team before it’s too late. It’s our time to speak up!”  Timoci Naulusala, Fiji

"I come from the beautiful province of Tailevu, in a small village in Wainibuka which is in Viti Levu, the largest island in Fiji. In 2016, my hometown got struck by one of the strongest cyclones to have ever struck Fiji. My home, my school, our source of food, water and money was totally destroyed. For those of us who live in island nations, we are already seeing, feeling and living the consequences of a warming planet.

I wanted to understand why this happened and what could be done. This inspired me to participate in the competition during the National Climate Week in Fiji where winners would address world leaders at the global climate conference COP23 in Bonn, Germany.

I was so happy to win and have the chance to go to Germany and share my experience. I was not only representing Fiji, but I was representing the entire Pacific and children from the whole world. I wanted the whole world to know that climate change is real. It’s like a thief in the night. It not only steals but kills and destroys. If we don’t act now, there might not be a future for the entire human race.

Since participating at COP23, I’ve continued to advocate for actions that tackle climate change. I had the opportunity to meet Secretary-General Antonio Guterres during his trip to Fiji in 2019 and also presented at the Global Youth Climate Summit in 2019 in New York.

This year, I had the chance to work with hundreds of other youth advocates to support the climate change bill, together with our Prime Minister in Fiji."

Image Credit
Voices of Youth
“If you are a young person wanting to voice your climate demands at a UNFCCC COP, the COY is the place to be! I have learnt about the UNFCCC process, made friends and built networks. It has inspired me in so many ways and pushed me to learn more, work harder and aim higher.” Heeta Lakhani, India

"I am a climate educator from Mumbai, India and have a master’s degree in Environmental Studies & Resource Management from TERI University, New Delhi. I’ve been active in the climate space at the local as well as international level since the United Nations Climate Change Conference (COP21) in 2015.

I’ve worn multiple hats, such as Youth Ambassador Council Member at the Real Food Systems, Director for Youth Partnerships at March for Science, and currently I’m the Global Focal Point for YOUNGO, the official youth constituency of the UNFCCC.

I first learned about the Conference of Youth (COY) through a friend and COY11 was the first time I was introduced to YOUNGO. Since then, attending the various COYs has helped me prepare better for my participation in the Conference of Parties (COP26) and build networks with other young people in the climate space. I’m a firm believer in the participation and power of youth in grassroots as well as international processes and policies.

COY is a great space to share knowledge with other young people, learn about what other young people are doing and prepare yourself for participating in other climate events. This year we will be hosting a virtual COY16, stayed tuned for more details on how you can get involved and check out YOUNGO’s social media channels and website!" 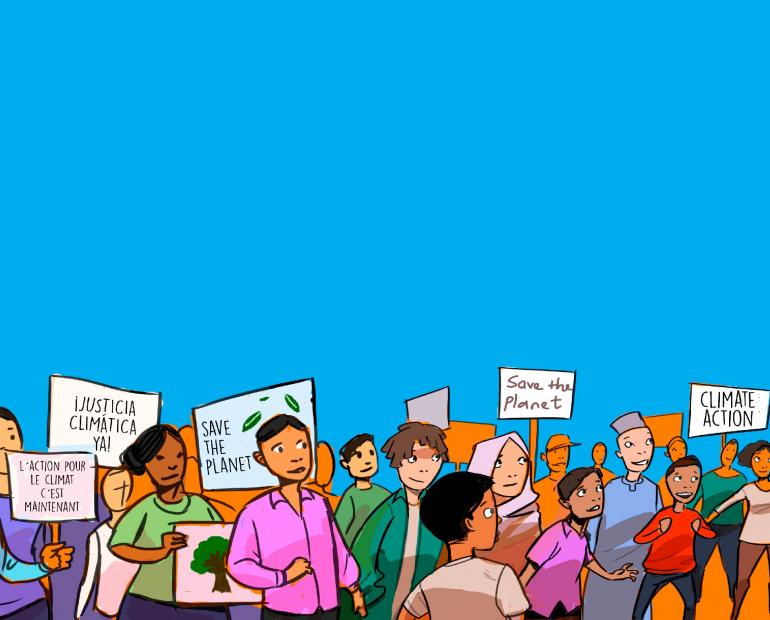 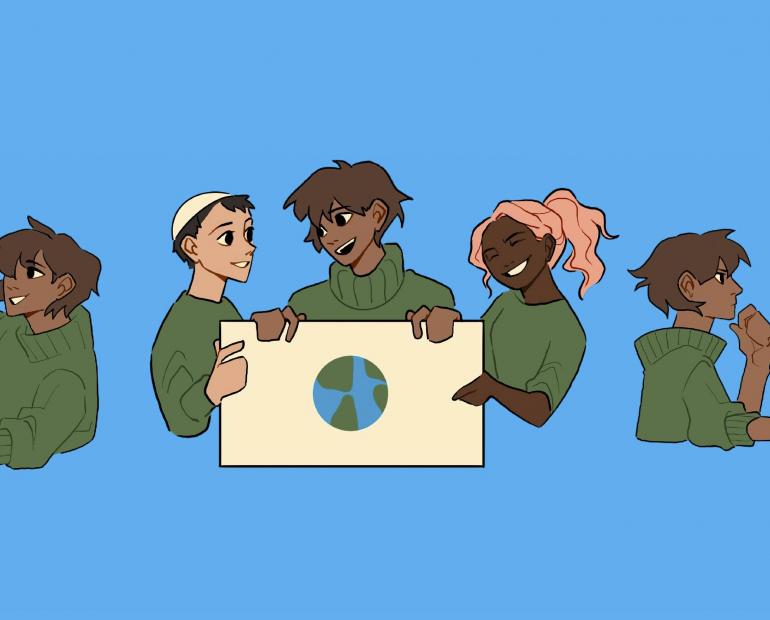 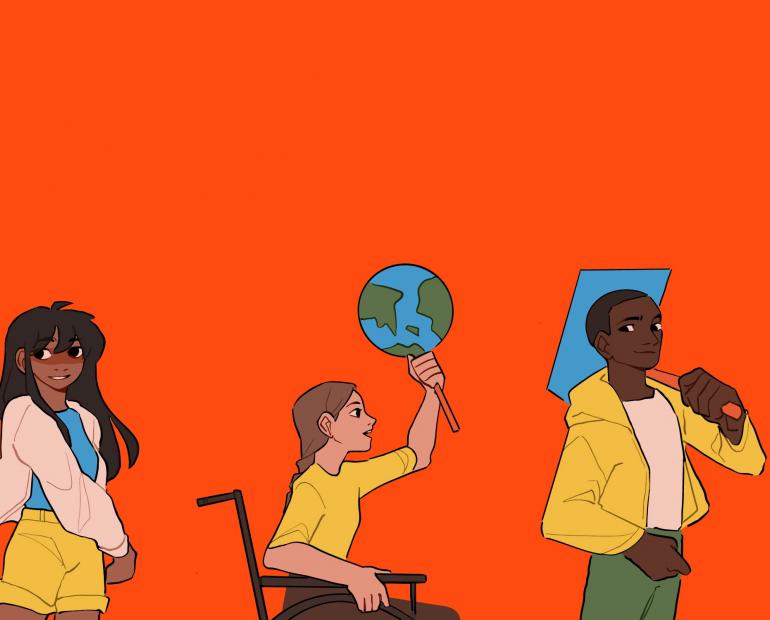 Climate Change and your rights: how it impacts you 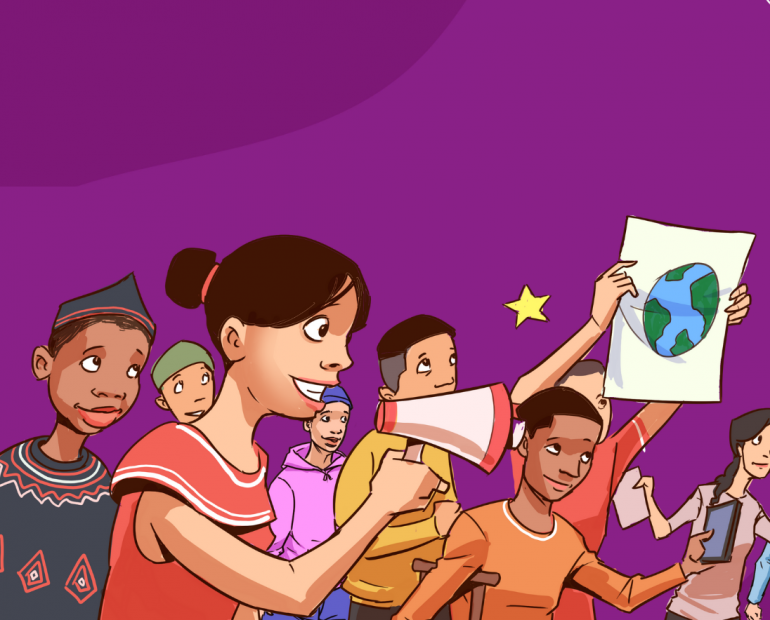 How you can get involved in climate action