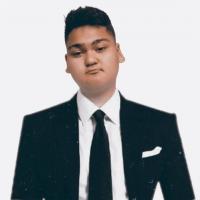 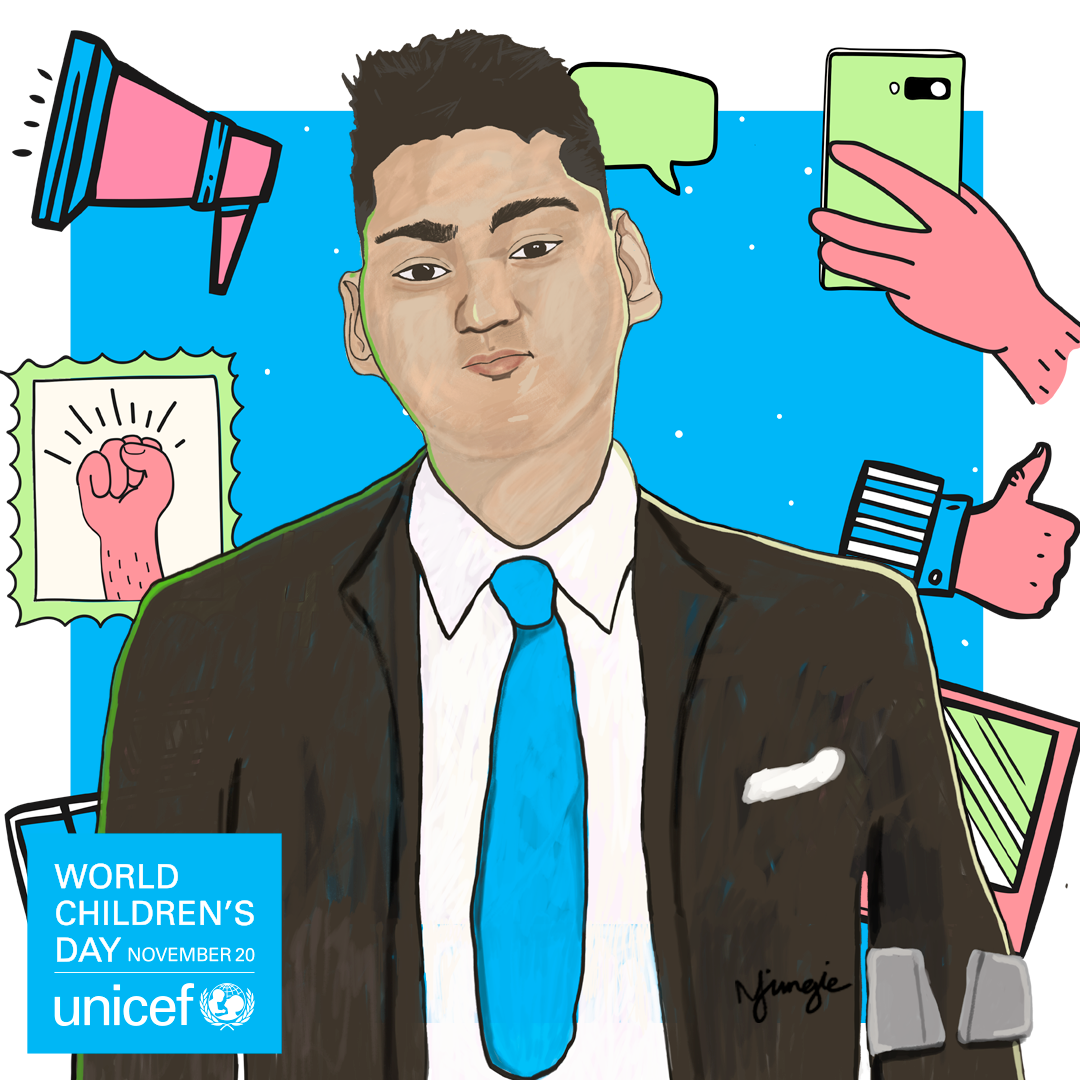 Ziedullo Atakuziev is an 18-year-old activist from Kyrgyzstan who is raising awareness on how his cerebral palsy (CP) has not stopped him from being a community leader.

He has managed to become one of the most active young people in South Kyrgyzstan. Read his blog for World Children's Day and discover other young leaders advocating for children's rights here.

"My name is Ziedullo and I am 18 years old. Cerebral palsy has not stopped me from achieving my goals and I am here to tell you that you can achieve yours too.

I live in Osh in the Kyrgyz Republic. For as long as I can remember, I was bullied at school. ‘Disability' was a word to be afraid of. So when the opportunity came up to take part in UNICEF's Children and Youth-Friendly Kyrgyzstan Initiative, I felt that I could help to change things.

These projects have given me strength and confidence. So much so, that in eleventh grade, I even became student president. Volunteering has also helped me to stop being so shy around people and encouraged me to start a blog on Tiktok. So far, I have 270,000 subscribers. Now, I have realized that my cerebral palsy is a feature rather than a misfortune.

Often, people ask me if I need help to move around but when they get to know me, they realize that I don’t need help and that other children with disabilities don’t always need it either! It is difficult for me, but I will cope with any task that I want to achieve by myself. I hope that after people see that, they will change their opinion about people with disabilities.

Today, I am proud to study in the Faculty of Linguistics at Osh Kyrgyz-Uzbek University. I also volunteer at a local youth centre called Shyktan and with UNICEF.

UNICEF has helped me to achieve my goals. For me, being a UNICEF volunteer is my top achievement. We help children and, in the future, I hope to become a mentor in charge of volunteers so that I can help them find their own way, too. I want to be an example to follow. I want to inspire people not to give up and to pursue their goals.

If I could meet a younger version of myself, I would advise them to keep volunteering, keep developing and surround themselves with people who keep you motivated! I would also say the same to other children with disabilities and youth activists in Kyrgyzstan.

Remember: you are an individual! And no one can stop you from being yourself."

"Surround yourself with people who keep you motivated."
Blog
World Children’s Day
Kyrgyzstan 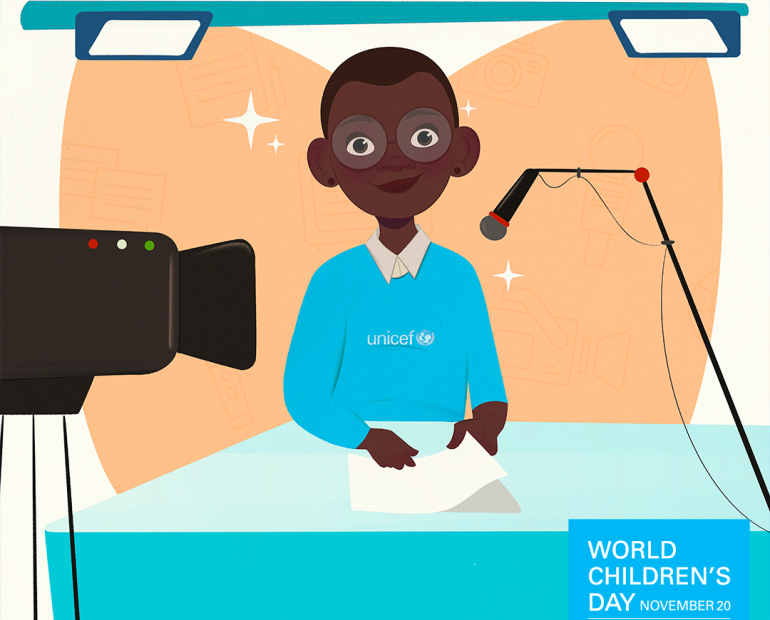 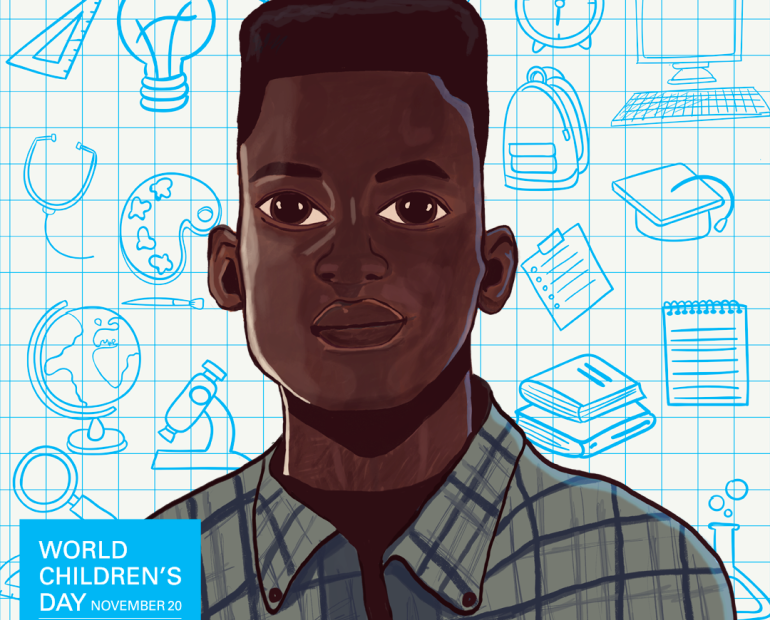 Education through the eyes of Sudanese advocate Makhtoum Abdalla 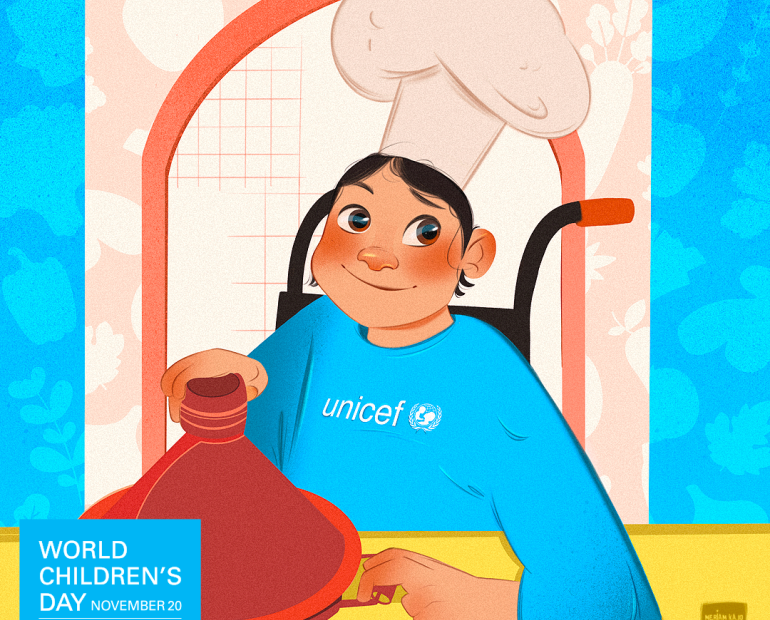 Cooking up the spirit of positivity with Moroccan advocate Chef Omar 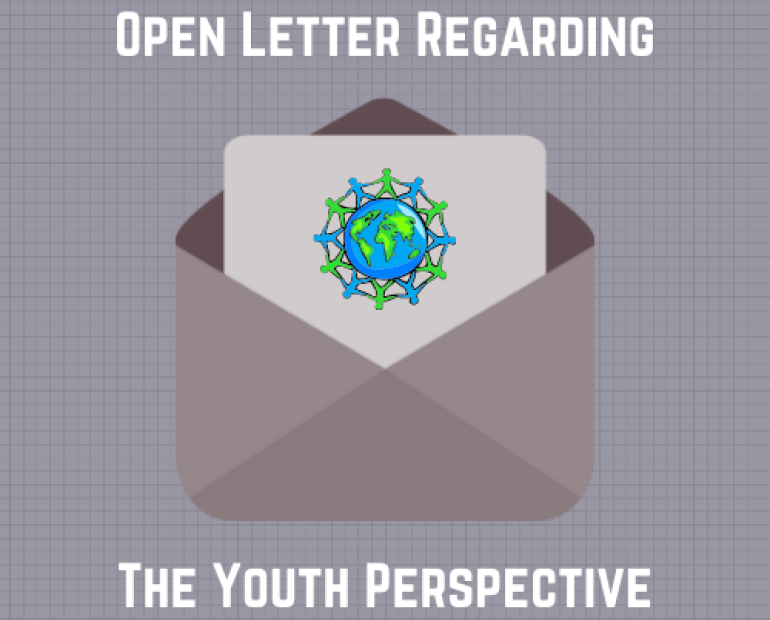 World Children's Day 2021- An Open Letter Regarding The Youth Perspective