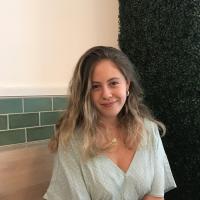 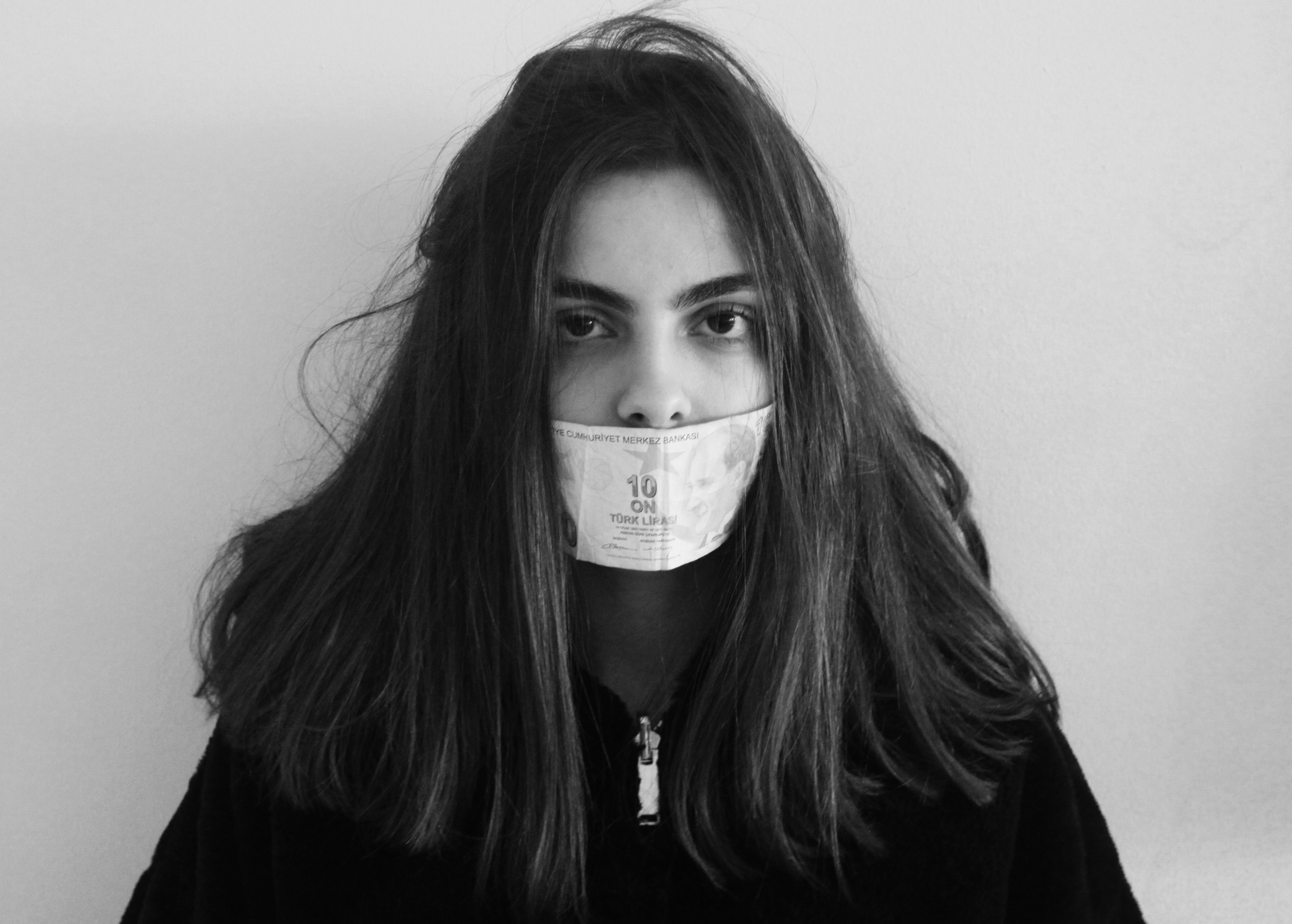 "The word power can be interpreted with both positive and negative meanings. I started creating my works by exploring the exact definition, which means to be able, and whether or not I agreed with it.  Living in a reality that presents both aspects to this term, the interpretation of this word is limitless, which is also the reason behind many current conflicts. The term attracted me because of my personal interests with the problems present in the status quo, and how they essentially lead back to the same place: a race for power. But I believe that in order to really understand the term, one must see all the sides to the story, both the good and the bad. That’s why I believe it was essential that I tell my story of power through both positive and negative representations. It was also important that I interpret my own understanding of power when creating my work. Personally, power resonates feelings of hope, freedom, and nature as well as suppression, possession, and limitation, but most importantly the word power holds the essential key to self-awareness. Emphasizing the distance between people and institutions that hold power in the 21st century, I exhibit the need for retention of power throughout all of my works."

This was my introductory paragraph of my curatorial rationale of my exhibition. Now, don't get me wrong. I didn't just decide to create an art exhibition because I felt like it; It was a requirement of my IB Diploma. I had to create a minimum of 8 pieces that reflected my chosen topic: Power. I ended up making 11 but only put 10 of them on display. I'd never really created art before the IB program and I was so terrified of the idea of opening an art exhibition, but it ended up being one of the most memorable things I've done so far. When I started working on the project with three girls, we weren't that close, but staying after school and working on the weekends made us dependent on each other and we created an incredible bond. We'd gone through the traumatizing experience of opening an art exhibition!

I wanted my exhibition to be political because of two things: my interest in politics and the impact it has on our world. I have what some people might call 'strong opinions' on certain issues especially considering that I live in Turkey, a country filled with political uneasiness. Still, I don't want to be hushed and told to be quiet, so I made all of my art pieces with that in mind. The more people got nervous about what I was creating, the happier I was! That just meant I had reached my goal of awakening doubt within my audience as to who truly holds power whilst presenting my angle on the topic of power.

I'm incredibly pleased with the outcome of my exhibition but if I had to pick three of my works, they'd have to be 'Hope', 'Evil Within' and 'First Amongst Equals'.

'Hope' is a Turkish flag made of match sticks. I used match sticks to emphasize the vulnerability of our flag as it represents hope, the republic, and democracy, three things that are currently at risk within my country. The flag will literally blow up if even one matchstick out of 6000 catches fire (and yes, I did use 6000 matchsticks. 25 boxes of 240 single matchsticks to be exact)! So, people who want to defend our flag and what it represents, need to defend it with all they've got because we can't let Turkey down, and we can't destroy what Ataturk fought so hard to build.

'Evil Within' is a statue of a pig. Yes, a bloody, dead, smelly pig. It's from my favorite book, 'Lord of the Flies'. The pig in the book is one of the first signs of division on the island and it holds power over the boys. When divided into two, the boys who hunt and those who do not, the hunters believed they were superior because they hunted one pig. One bloody pig! This pig allowed the hunters believe they were entitled to more power. I wanted to create a disturbing pig because this piece's aim was to disturb the audience the same way society is disturbed when someone they do not trust or believe in is in power.

'First Amongst Equals' is about gender equality and the power of money. It's also a play on words: how can you be first if we are all equals? Get it? I placed the men's picture above the girl's to symbolize superiority and placed 100TL (Turkish Lira) on the men's mouth and 10TL on the girl's mouth to emphasize gender inequality. Women, unfortunately but realistically, can be bought or silenced for less money than men.

I hope we all learn the true meaning of power and how we need to regain control of that power. 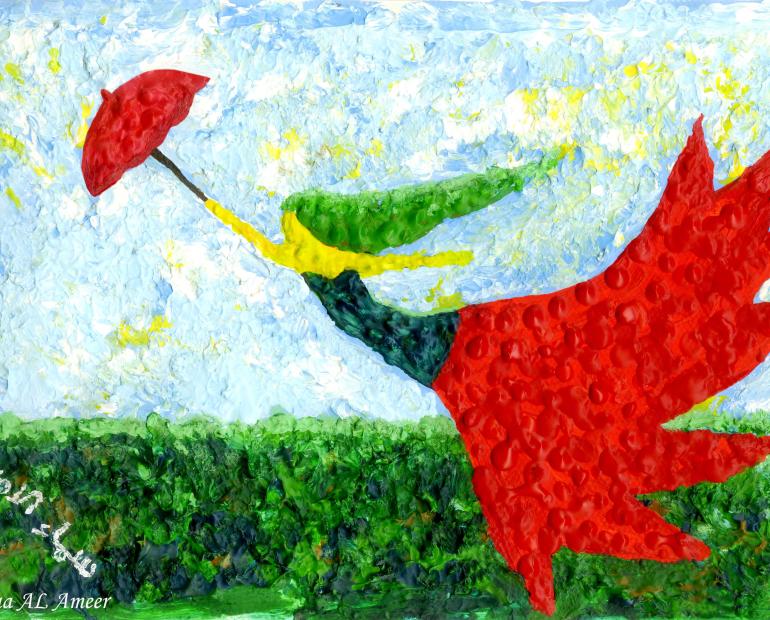 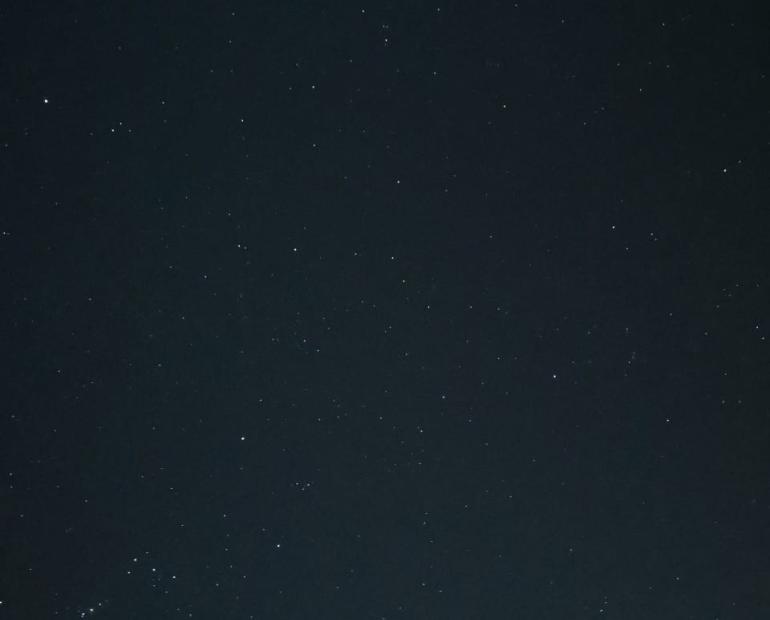