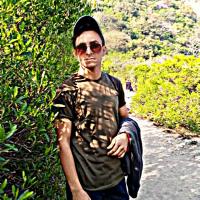 What's the definition of terrorism? It's to achieve a political objective through the use of violence and fear. Terrorists are just nasty, evil, disgusting human beings who disrespect human life. All around the world some people think that all Muslims are terrorists and some think that Islam is the religion that teaches terrorism. We are facing a big phobia and that is Islamophobia. Us Muslims are actually not all terrorists and Islam does not teach us to kill people.

In the Quran, Allah almighty clearly mentions that "Whoever kills a person [unjustly]…it is as though he has killed all mankind" and promotes Hazarat Muhammad (PBUH) teachings to live with peace and unity. Every time when we meet with someone we say "Salam alaikum", that means "God will bless you with the peace."

Our holy prophet and Islam is all about maintaining peace and morality in human beings. I believe terrorists have no religion. They can be highly paid killers that kill people for money and fame. I am Muslim and I condemn the killing of pure people all around the world. The Muslim people that were killed in New Zealand Christchurch were murdered by a man with modern weapons. 50 people were killed by him and I am confused. If anyone kills people of any other religion then they blame Muslims and call them terrorists, and when Muslims are killed they make excuses and call the murderer mentally ill.

No religion leads its followers to kill anyone. Stop calling Muslims terrorists and speak out for the people killed by the man in New Zealand. Islam is a religion of peace so please study it first before finalizing thoughts about Islam.